The visit to Venezuela by the chief prosecutor of the International Criminal Court (ICC), Karim Ahmad Khan, concluded with the signing of a memorandum of understanding between the Bolivarian Republic of Venezuela and the ICC. During a three-day stay in the country, Khan pursued a busy schedule.

In this sense, the Venezuelan president, Nicolás Maduro, mentioned that it was three days of work, and of frank and direct dialogue which he considered favorable and positive for the work carried out by the ICC. For this reason, the president added that the debate demonstrated the legal, doctrinal, and constitutional strength of Venezuelan institutions.

Likewise, Maduro emphasized that the agreement makes clear the differences of opinion that persist regarding the way in which the preliminary examination phase was carried out, regarding the Venezuela I case. This was stated by the nation in the respective appeal.

RELATED CONTENT: ICC Prosecutor is Scheduled to Visit SEBIN and DGCIM in Venezuela 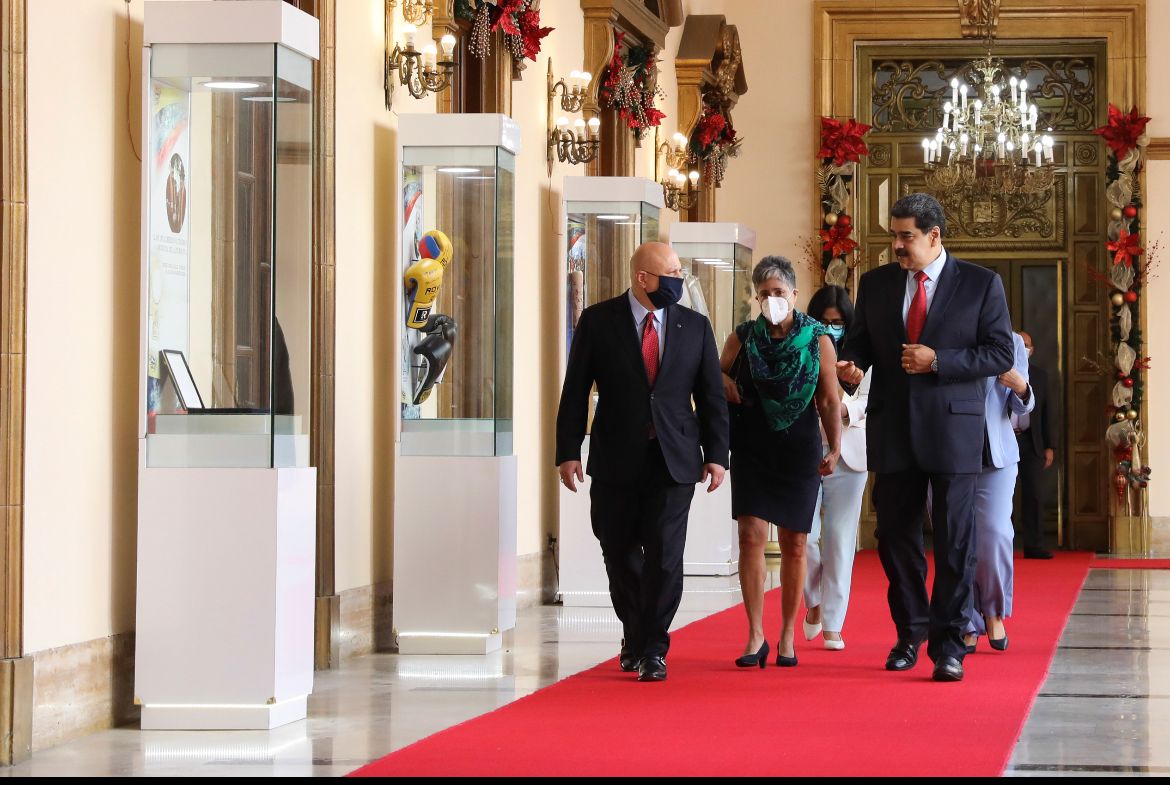 In his remarks to the prosecutor Karim Ahmad Khan, the president stressed that it is the first time that the nation had the opportunity to formally express its concerns regarding the preliminary examination of the case Venezuela I.

“We had not had the possibilities of an interactive and effective dialogue like the one we had in these days… Venezuela guarantees justice with institutions that are willing to improve, to perfect, and advance,” said the president.

Pondering the strengthening of relations between Venezuela and the ICC, President Maduro reiterated his willingness to continue with the joint work: “after this debate, the prosecutor has decided to move to another phase to learn the truth. Although we may not agree, within that framework we have signed an agreement that guarantees cooperation, mutual support, and dialogue to seek the truth and justice, between the Venezuelan state and the ICC.”

“There has been a lot of noise made,” said President Maduro. “We have put the noise aside and are striving to work for the fulfillment of this agreement between the parties so that the truth can be found,” added Nicolás Maduro.

Preliminary examination concludes
Meanwhile, ICC Chief Prosecutor Ahmad Karim Khan confirmed that his agenda was filled with three intense working days, including an open and constructive dialogue between the ICC delegation and officials of the Venezuelan Government.

He recalled that Venezuela, as a sovereign state, signed the Rome Statute in 2000. He also confirmed that he has listened to spokespersons for different institutions and organizations of the nation.

Similarly, at the end of his visit to Venezuela, Prosecutor Khan applauded the commitment and constructive dialogue that took place. He also highlighted that the preliminary examination that opened in 2018 was nothing more than a filtering phase, that is now advancing to a new stage.

“I am extremely pleased that through the letters we have just signed, we are deeply committed to working collaboratively, independent and with full respect for the principle of positive complementarity,” he said.

The memorandum details that the ICC prosecutor has concluded the preliminary examination of the situation in Venezuela and has determined that an investigation should be opened. He noted that the goal is to establish the truth in accordance with the Rome Statute.

It also indicates that, for its part, the Bolivarian Republic of Venezuela interprets that the requirements of Article 53 (1) of the Rome Statute were not met, which would justify the advancement from the preliminary examination phase to the investigation phase.