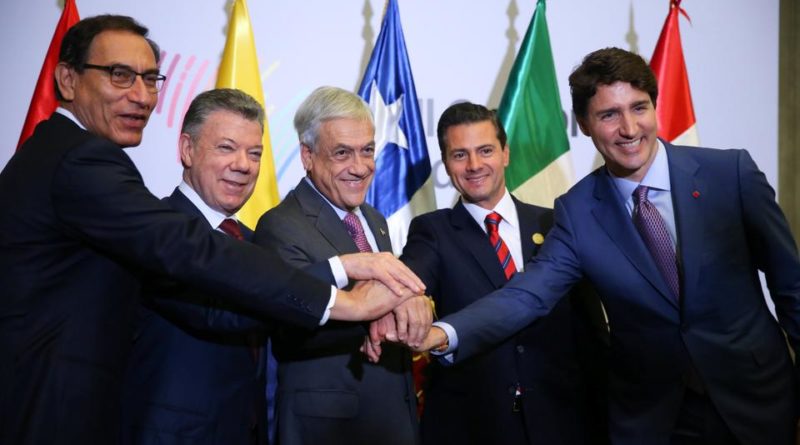 Based on an interview held in the White House last Friday, June 19, the U.S. website Axios reported:

“Asked whether he would meet with Maduro,” Trump said, “I would maybe think about that…. Maduro would like to meet. And I’m never opposed to meetings — you know, rarely opposed to meetings. I always say, you lose very little with meetings. But at this moment, I’ve turned them down.”

The context of what may appear to be a sudden reversal in Trump’s Venezuelan policy is to be found in John Bolton’s recently released memoir on life under Trump, The Room Where It Happened. According to Bolton (cited by Axios), after throwing the full diplomatic weight of the U.S. government behind Juan Guaidó, Trump’s private feelings about his protégé were ambivalent:

“He thought Guaidó was ‘weak,’ as opposed to Maduro, who was ‘strong.’”  “By spring [of 2019], Trump was calling Guaidó the ‘Beto O’Rourke of Venezuela,’ [Democratic Party candidate for the 2016 presidential elections won by Hilary Clinton] hardly the sort of compliment an ally of the United States should expect.”

In the Trump lexicon, the honorific applied to O’Rourke generally means “loser,” a term to deprecate political opponents. It may be that this tentative reaching out to Maduro, as opposed to hanging on to what was appearing even in Trump’s eyes as a lost cause, has its roots in previous discussions among Trump’s Cabinet.

Any eventual contact between Trump and Maduro is an ongoing but controversial story emerging from U.S. corporate media, the White House and perhaps Bolton. In fact, only one day after Trump seemed to have opened the door to discussing with Maduro, he tweeted on June 22.

“I would only meet with Maduro to discuss one thing: a peaceful exit from power! “

However, “meeting” and “discussing” is still in the news. Moreover, the fact remains, following the latest divulgations cited above, that Trump is evaluating “discussion” from a position of weakness. As Trumps has admitted, his anointed “president“ is a complete failure to date.

The situation in Canada is different. Action can be taken now as there is nothing to wait for. The Trudeau government plays a leading role in carrying forward Trump regime-change policy through the right-wing Lima group, with its avowed intention of overthrowing Maduro and installing Guaidó.

The time is ripe, because on June 17 the Trudeau government suffered a humiliating defeat in its high profile bid for a seat on the United Nations Security Council (UNSC). In the spotlight during the weeks leading up to the vote, we saw just how close Trudeau’s relationship is to Trump. In fact, many Canadians viewed it as subservience. This evaluation even found its way into some corporate editorials on the defeat. Also under scrutiny in the UNSC debacle was the Trudeau government’s lack of respect for international law and UN resolutions.

In a word, since June 17, Trudeau does not have either an international or domestic mandate to conduct foreign policy as he has carried out since winning office. Along with other grassroots organizations and personalities, the Canadian Foreign Policy Institute was instrumental in pushing for the NO vote and creating domestic support to back up the international appeals.

If Trudeau would like to make up for his past errors and show the world there is indeed a difference between the U.S. and Canada, and that we do not perhaps stand behind every Trump move, what better opportunity that to build on Trump’s short-lived opening to Maduro? Why should Trudeau not declare that, unlike Trump, he would like to have fair and open discussions with Maduro, as anyone who believes in an “international rules-based order” should do? Surely it would take courage to do so. But this is far closer to “Canadian values” than what Trudeau has been repeating over the last few weeks. Such a courageous stand would also constitute a rebuttal of Trump’s heavy-handed, dictatorial methods. Since the vote on the 17th, the Canadian Foreign Policy Institute, encouraged by its and others’ success in breaking through the usual mainstream media blackout, is following up on what many see as a mandate from the grassroots. It is calling for a popular discussion and consultations on foreign policy in these terms:

One of the 10 subjects raised is:

Trudeau has admitted that he has to take stock of a foreign policy that has been so soundly rejected by United Nations’ member states. By revising its failed and harmful policy toward the Venezuelan people, it would contribute to a much-needed atmosphere of discussion and consultation on Canada’s outdated and unpopular foreign policy.

Featured image: Justin Trudeau in a Lima Group meeting. Lima Group is an ad-hoc group created by the United State with the only aim to oust Venezuela’s Nicolas Maduro. File photo.