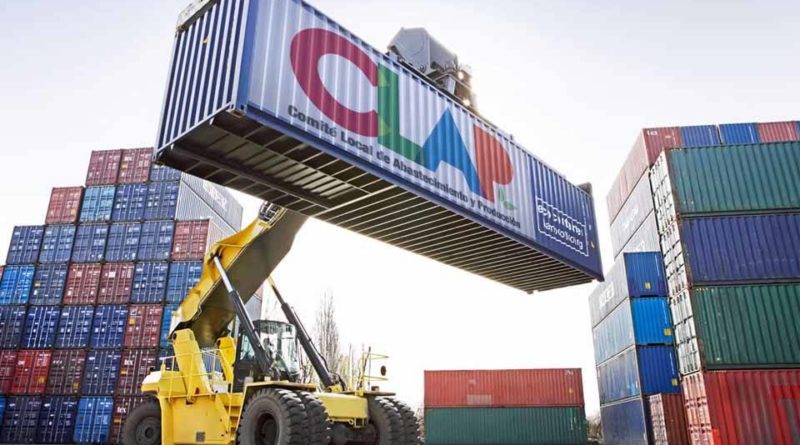 Children, drunkards and madmen have carried the fame of telling the truths that the rest of the people silence or disguise with masks and costumes. But the monopoly that the little ones had, the drunks and the crazies in this field of frankness fell apart with Twitter. Now there are many grown-ups, sober and sane people, who let loose every excess of sincerity!

For example, here is one of the thousands this week in Venezuela: Mr. José Toro Hardy (Venezuelan extreme right oil expert), who you know is quite old and one presumes is alcohol-free (at least when tweeting) and has use of his mental faculties, has told the great truth of the opposition’s feelings about the arrest of businessman Alex Saab (who helped provision the Clap program, arrested in Cape Verde a few days ago due to US plans to starve millions of Venezuelans). He wrote: “And now how are they going to do the Claps ?”

It is inevitable to imagine the dapper gentleman rubbing his hands as he glimpses that with Saab’s apprehension, the government food program will fail.

Toro Hardy’s question sounds like the sad story when the boy says, in the middle of a family reunion that his mom went to the hospital because his dad, once again, hit her, something that everyone knows, but everyone is silent about. Or like when the employee who had a few drinks tells the boss that everyone in the office considers him an idiot. Or like when someone who is crazy (or is feigning madness) sings things as they are to a powerful person and those present do not know whether to laugh or stay serious.

In this case, the reason why “escualidismo’ (anti-Chavismo) (said not as an insult, but as a sociological category) celebrates the capture of the indicated character is not because its members are particularly lovers of rectitude in the management of public affairs (if they were, they would have already kicked out the clique that directs them badly), but because they have faith that by removing him from circulation, they will harm the social program that, at least, has brought food to the Venezuelan people.

Many, many other human beings opposed to the Bolivarian government have that same “hope”, but they don’t dare to express it publicly so as not to appear as ruthless people who dream of giving a fatal blow to the Claps, no matter if it implies that there is more hunger and malnutrition in their own country.

The revelation implicit in Toro Hardy’s question leaves bare the plan that has been in place since the Claps were conceived and launched: this public policy must be destroyed because, to put it in words, it sabotages their sabotage, that is to say, counteracts the criminal strategy of bending the Venezuelan people with hunger.

It should not be forgotten that the Claps were born at the cruelest moment of the internal economic war, when all the factors of the business sector were orchestrated to make people suffer to the maximum, calculating that in this way there would be a social outbreak and the long-awaited change of government. The Clap model was surprisingly successful and literally saved many people from starvation, in addition to creating or regenerating a non-existent or stunted social fabric in communities, a dividend perhaps as important as the first one, seen in strategic terms.

The heavily subsidized food distribution policy has also been a battering ram against the next phase of the economic war, which came with unilateral coercive measures and blockade. The governments of the countries that are supposedly very concerned about the Venezuelan people have done their utmost to prevent the Claps from receiving imported food. They want to force a famine and then accuse the Venezuelan government of it and so justify a “humanitarian” invasion.

To attack the Claps and not appear publicly as potential genocides, the opposing factors (the US government and its European and Latin American satellites, corporations, international organizations and NGOs, Venezuelan right-wing parties) have resorted to an old trick, as the Super Agent 86 used to say: criminalize the public policy that they wish to annul, persecute those who make it possible and humiliate their beneficiaries.

The international persecution of any financial operation destined for the Claps required criminalization because otherwise it would not look good. It is not the same to say that a purchase of grains or cereals is prevented because it covers up money laundering from drug trafficking as to say that it is prevented to make the population of a country stop eating and thus impose a new government of their liking.

In order for criminalization to be said and repeated in the country and on a global scale, it obviously has the services of the most powerful media and social networks machinery of all time, capable of showing the attempts of a government to buy food for its population as a crime against humanity.

The effort to demolish the Clap’s policy (positive, beyond the criticism it deserves) is of such magnitude that certain media have even been created or kept alive with the sole purpose of crediting the smear campaign of criminalizing the participation of officials and businessmen, and also to fuel the refrain of mockery and contempt for those who receive the products.

Without much dissimulation, some of these media outlets, which claim to be independent, live on the money provided by the United States Agency for International Development (USAID), considered the friendly face of the Central Intelligence Agency (CIA), and say they count with the logistical support of the Colombian oligarchy, so concerned with the transparency of business and combating money laundering of bad origin … It would suffice to do an analysis of conscience and ask yourself if with such sponsors someone has moral authority to judge the businessmen who walk the tightrope.

But Alex Saab must understand that it is not a personal tirade. If we were to find a child, a drunkard or a madman who tells the truth without disguise, it would be clear that the roll of the national, international and anti-Chavista media (a childish opposition, drunk with hatred and insane) is not whether a businessman washes money or not in their activities. If so, they could not cope with so much work. Their role is to end the Claps so that hunger sets us free.