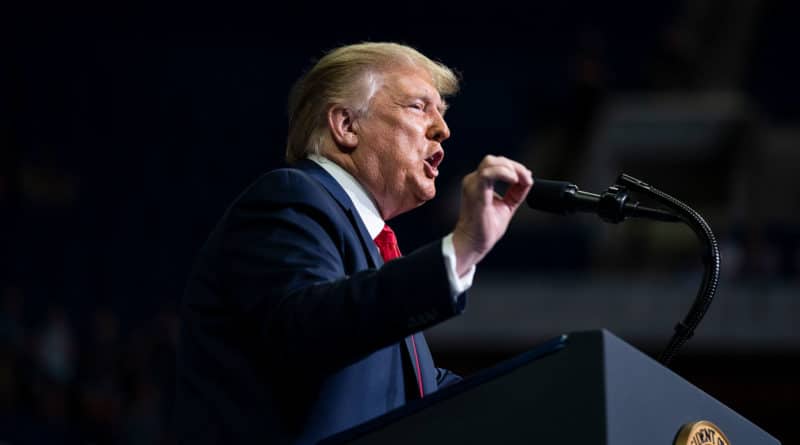 The president of the United States (Donald Trump) recently proposed to his people, during a political rally in Tulsa, Oklahoma, that fewer rapid tests of Covid-19 be done as a solution to keep down the number of cases in that nation.

In Trump’s opinion, “tests are a double-edged sword because when you do so many tests you will find more cases. So I said to my people, stop the tests, please.” This was the crazy idea of the US president.

President Trump, at his Oklahoma rally, says he asked to "slow the testing down" because an increase in testing leads to an increase in coronavirus cases https://t.co/wwD49yR24K pic.twitter.com/h3r7nQzsqA

The unusual comment of the head of state, in addition to making fun of the people in the midst of the pandemic that is plaguing the world, incites authorities to hide part of the total number of cases while the United States is the world epicenter of the coronavirus.

Since the pandemic came to that country, Trump has dedicated himself to ridiculing prevention measures to control the outbreak of this disease and, to top it off, the few ideas he launches, because they are outlandish, further distance him from his re-election next November 3rd.

To date, in the United States there are more than 2,200,000 confirmed cases and more than 121,000 fatalities. During his rally in Tulsa, many labeled Trump’s decision to hold his first presidential rally unwise.

The attendance of this political rally was just a fraction of what the organizers estimated and Trump explained it as a result of the media scaring off his supporters.