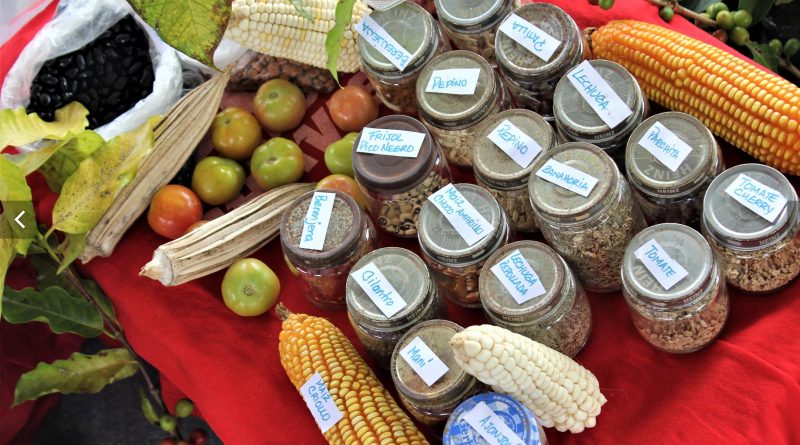 Activists and peasants from across Venezuela gathered in Monte Carmelo in the mountains of Lara State to celebrate and reclaim their native seeds as the primary weapons against imperialist aggression.

On October 29, the rural village of Monte Carmelo, located in the municipality of Andrés Eloy Blanco in Lara State, celebrated its 14th consecutive Peasant Seed Festival. According to Juan Ramón Escalona, local resident and member of the Collective Seeds of Solidarity, this festival was founded in 2005 by local peasants and farmers concerned with the preservation of native seeds against the onslaught of imported and transgenic seeds and increasing prevalence of monoculture in agricultural production.

RELATED CONTENT: Strike at the Helm at Seven: Lessons and Challenges for Venezuela

For Gaudy García, the preservation and reproduction of the native seed is a question of preserving local identity, culture and traditions, but it is also a matter of human rights and sovereignty. “Seeds are no one’s inheritance. They exist for the benefit of all mankind, but capitalism has appropriated them, and even created patents…”

As US unilateral sanctions continue to strangle the Venezuelan economy and limit access to imported seeds and agricultural products, Gaudy García stresses that the protection and reproduction of the native seed has become more necessary than ever. “It is an imperative need, the country is demanding it, our families are demanding it, our stomachs are demanding it… I think that not even weapons, nor bombs, can bend us like the hunger war they have waged on us.”

The festival began in the early hours with cultural activities in the nearby town of Sanare, followed by the main event in Monte Carmelo where farmers, peasants, activists, popular movements, and defenders of native seeds showcased information, shared traditional foods and participated in an animated seed exchange. The event culminated with an assembly of more than 74 collectives from 12 states to debate strategies for food sovereignty, seed production and preservation. The proposals included the creation of local councils for the protection and reproduction of seeds on a national level, the application of a nationwide census of native seeds and seed producers, the creation of projects for the massive reproduction of seeds and the creation of territorial norms for the application of the 2015 Seed Law.

Many participants also expressed concern about recent discussions in the National Constituent Assembly of possible reforms to the Seed Law, approved by the National Assembly in 2015. According to Gaudy García this law is a product of years of collective discussions held in the very same Peasant Seed Festival in Monte Carmelo, as well as other instances of popular organization. Although not all the proposals were approved in the final version of the law, Gaudy emphasizes that it does provide effective protection for farmers and peasants in relation to sovereign seed production, and warns that any changes proposed to the law must be discussed first with popular power.

Although participation in the festival was visibly diminished compared to previous years, Humberto Romero, activist and seed protector from Barquisimeto, Lara State, expressed that this year’s festival was an act of militant dedication in its purest form, as many participants had to walk more than 20 km from the nearest town to Monte Carmelo due to lack of resources and transportation.

For his part, the community poet Juan Ramón Escalona, popularly called “El Morocho,” described the festival as “the corn smile that does not bow before imperialism, we are seeded with spirituality, solidarity and the mandate of the Mother Earth.”