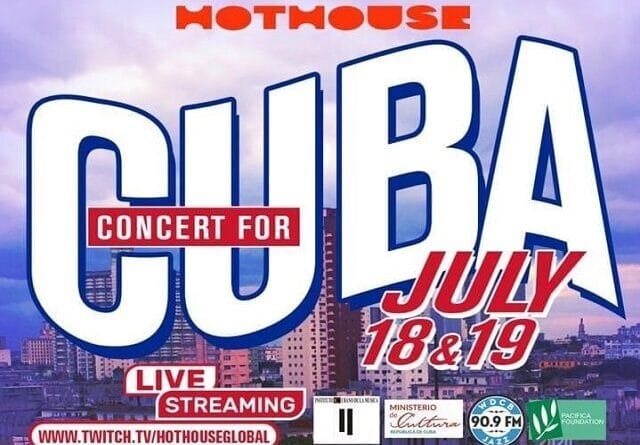 On July 18 and 19, the “Concert for Cuba” will take place online, from an initiative of the Hot House of Chicago and in coordination with the Cuban Institute of Music and the Ministry of Culture of Cuba.

The action aims to denounce the effects of the economic, financial and commercial blockade by the U.S. government against the Caribbean nation and to support the nomination of the Cuban Medical Contingent Henry Reeve for the Nobel Peace Prize, for its contributions in the fight against the COVID-19 pandemic, a fight which Cuba has greatly contributed to by sending 41 medical brigades to 34 countries and territories.

This is the first time in the cultural relations between both countries that a virtual platform of performers and audiences has been organized. The program offers daily transmission for approximately two and a half hours, at the following times: 8.00 pm (Havana, New York) – 7.00 pm (Chicago) – 5.00 pm (Los Angeles).

The two-day event will be accessible free of charge through the platforms and social networks of Hot House Global, the Ministry of Culture and the Cuban Music Institute, as well as through a chain of linked pages Streaming Cuba.

Register for the free concert