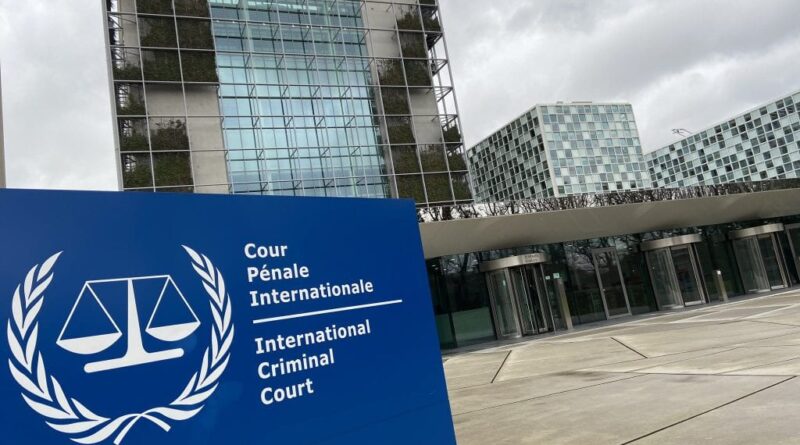 On June 8, the prosecutor of the International Criminal Court ( ICC ), Fatou Bensouda, declared that the preliminary investigation carried out against Nicolás Maduro for crimes against humanity could be declared admissible in the coming days.

This announcement raised the alert of a new attack against Venezuelan authorities, who have observed discriminatory and unequal treatment by the ICC in comparison to that received by other countries which are also under preliminary examination.

Bensouda said that she hopes to announce the course of the investigation against the Venezuelan president before the end of her term, on June 15.

What is the ICC and what procedures are active in relation to Venezuela?
The ICC is an international court of justice that, although it does not belong to the UN, is entrusted with the objective of prosecuting individuals accused of committing crimes of genocide, war, aggression and against humanity, anywhere in the world.

This body currently has two active procedures involving the Bolivarian Republic of Venezuela:

• Venezuela I (2018) , which accuses president, Nicolás Maduro, of alleged crimes against humanity and human rights abuses, and
• Venezuela II (2020), which denounces the human rights violations of the unilateral coercive measures the US has imposed on the Caribbean country.

Recount of the Venezuela I case at the ICC
In 2018, six countries—nations in the Lima Group, including Canada—asked the ICC to open an investigation against the president of Venezuela for alleged violation of human rights during the protests that occurred in 2014.

For the first time, a group of nations came together to attack the president of a member country. Almost all the complaints before the ICC are usually filed by NGOs.

The case is based, fundamentally, on testimonies collected by:

• The lawyer Tamara Sujú (Juan Guaidó’s ambassador—until 2019—to the Czech Republic), and
• Members of the Penal Forum, an NGO led by Alfredo Romero, Leopoldo López’s lawyer.

According to them, from 2014 to 2020, there have been 18,093 murders linked to the police or military forces in Venezuela, of which “131 deaths are related to protests” and “more than 15,000 arbitrary detentions” have occurred for political reasons.

Similarly, the case accuses the police and military of 192 cases of sexual violence perpetrated in 2017.

Currently, this case is in the final phase of the evaluation, so the next step is the declaration of admissibility of the complaint.

Why does Venezuela denounce the ICC for providing “discriminatory and unequal treatment”?
In addition to the manner in which the first complaint was introduced, the Venezuelan authorities, led by the attorney general, Tarek William Saab, denounce that the international body has acted with bias against Venezuela.

For example, the ICC has still not provided a response to similar processes introduced regarding other countries of the region, such as Colombia, as long ago as 2004.

Added to this is the fact that Venezuela has been responsive, investigating cases and even imprisoning those responsible where excessive use of force has been proven, contrary to what happens in neighboring countries.

The Venezuelan president, Nicolás Maduro, on radio and television broadcasts, has requested on several occasions, especially during moments of civil unrest, “the investigation and punishment of any official who abuses physical force against any citizen.”

In this regard, the attorney general’s office confirms that in the last three years alone, 716 state security officials have been charged with alleged violations of human rights and 40 civilians as alleged accomplices.

Notable among them is the arrest of those responsible for the José Pernalete and Acosta Arévalo cases, both mentioned in the complaint filled by clearly biased political actors.

For these reasons, Saab requested “in accordance with Rule 30 of the regulations, that a meeting be convened between the parties in order to be able to discuss a fair and equal process as a State subject to a preliminary examination.”

Although Bensouda disputed this fact, Saab created a thread on the social media network Twitter and showed all the documents submitted to the ICC, with no response.

Current situation of both cases
With the next pronouncement of the ICC on the case Venezuela I, currently in its third phase, Nicolás Maduro could become the first Latin American president to be investigated by the ICC.

For its part, a favorable ruling for Venezuela II would only imply that the case moves from phase 2 to 3 in the preliminary examination.

Argentina’s departure from the Lima Group and the triumph of the left in Perú could weaken the first complaint.

For this reason, Bensouda seeks to hasten a sentence that decides, in record time, on both cases, before handing over the position this month to a British citizen, Karim Khan.

In addition to the Venezuelan cases, the ICC is currently examining possible war crimes and crimes against humanity in Bolivia, Colombia, Guinea, Nigeria, the Philippines, and Ukraine, in cases filed several years before the Venezuela I case.