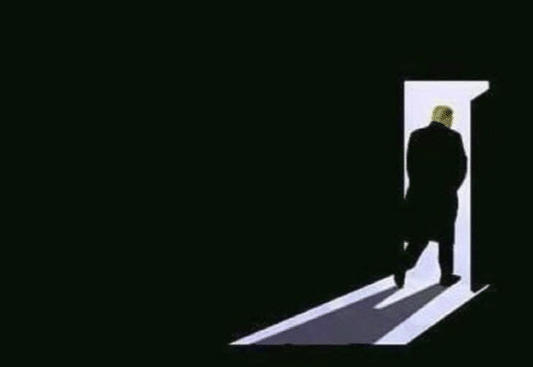 Latin American presidents, especially those who seemed more comfortable with Donald Trump, did not waste a moment in congratulating Joe Biden and Kamala Harris for their victory in the very controversial and problematic US elections. Presidents Iván Duque (Colombia), Alberto Fernàndez (Argentina), Sebastiàn Piñera (Chile) and Luis Lacalle Pou (Uruguay) were among the first Latin American leaders to congratulate Biden.

Colombian President Iván Duque said he hopes they can continue to work together for the two countries. “We congratulate Joe Biden, the new president of the United States and Kamala Harris, the first female vice president of the United States. We wish them the best of success in their tenure. We will work together to strengthen the common agenda on trade, environment, security and the fight against transnational crime,” Duque—president of the leading narcotic-exporting country in the world—wrote on his Twitter account.

On Saturday, November 7 the president of Argentina, Alberto Fernández, expressed his greetings to Democrat Biden as president-elect of the United States and to the people of that country for the high turnout in last Tuesday’s elections.

“I greet Joe Biden, the next president of the United States, and Kamala Harris, who will be the first female vice president of that country,” posted the Argentine president on his Twitter account. “I congratulate the American people for the high turnout in the elections, a clear expression of the popular will,” Fernández said in his message, which he accompanied with a photograph of Biden and Harris.

Congratulations @JoeBiden, President-elect of the United States, and Vice President @KamalaHarris, on this victory. Chile and USA share many values, ​such as freedom and the defense of human rights, and challenges like the commitment for peace & the protection of the environment.

“Chile and the United States share many values ​​such as freedom, the defense of ‘human rights’ and face challenges such as the commitment to peace and the protection of the environment,” Piñera said in a brief message on Twitter.

For his part, the president of Uruguay, Luis Lacalle Pou, called both to work “for the good of the people.”

“I congratulate the President-elect of the United States, Joe Biden. We will work to strengthen relations between our countries for the good of our people,” posted the Uruguayan president on Twitter.

In the case of Venezuela, President Nicolas Maduro tweeted: “I congratulate the US people for the presidential elections. Likewise I congratulate president elect Joe Biden and vice president Kamala Harris for their victory,” Maduro posted on the evening of the 7th.

A few minutes earlier Juan Guaidó, the defeated US regime-change operator still trying to survive after recurrent failures,  posted a letter on his Twitter account, with the following message: “We congratulate @JoeBiden, @KamalaHarris and the American people. Together we will work to ensure the restoration of democracy, freedom and human rights for the people of #Venezuela.”

Guaidó’s tweet itself is no surprise, and some analysts said that he waited too long in comparison with other “presidents,” but the fact that media in Venezuela paid attention to was the avalanche of insulting tweets from his followers accusing him of betraying Trump, of selling himself to Maduro and even of turning socialist. The majority of Guaidó’s small base is formed by Trump lovers who still believe that he won the presidential race.

At press time the Mexican and Cuban presidents still had not posted congratulatory messages on their Twitter account.

The Canadian prime minister also tweeted a congratulatory message for Joe Biden and Kamala Harris, a few seconds after the media announcement of Biden’s victory. “Our two countries are close friends, partners, and allies. We share a relationship that’s unique on the world stage. I’m really looking forward to working together and building on that with you both,” the Canadian tweeted.

Congratulations, @JoeBiden and @KamalaHarris. Our two countries are close friends, partners, and allies. We share a relationship that’s unique on the world stage. I’m really looking forward to working together and building on that with you both.

The most influential presidents of the old continent congratulated—without any delay—Democrat Joe Biden on his election as president of the United States, in an election marked by Trump refusing to give up the keys to the White House and claiming—without proof—that fraud had occurred in the counting of votes.

British Prime Minister Boris Johnson congratulated Biden “on his election” as US president and Kamala Harris, elected vice president, “on her historic achievement.”

“The United States is our most important ally and I look forward to working closely on our shared priorities, from climate change to trade and security,” Johnson tweeted. Johnson maintained tense relations with Biden and former Democratic president Barack Obama, but the British executive is committed to maintaining a close relationship between London and Washington.

On the other hand, the head of the Italian government, Giuseppe Conte, congratulated on Saturday “the American people and its institutions for their exceptional proof of democratic vitality” and assured that he wanted to “work” with the president-elect Joe Biden. “We are ready to work with President-elect Joe Biden to strengthen the transatlantic relationship,” Conte tweeted in English. “The United States can count on Italy as a solid ally and strategic partner,” he added.

Congratulations to the American people and institutions for an outstanding turnout of democratic vitality. We are ready to work with the President-elect @JoeBiden to make the transatlantic relationship stronger. The US can count on Italy as a solid Ally and a strategic partner

French President Emmanuel Macron sent his good wishes to Joe Biden on his election as president of the United States and asked that they work “together” to “meet current challenges.”

“The Americans have appointed their president. Congratulations @JoeBiden and @KamalaHarris! We have a lot to do to meet today’s challenges. Let’s act together!”, the French president stated through a tweet. Macron has never met with the seventy-seven year-old Democratic candidate, who on Saturday most US media declared winner of the White House’s controversial presidential race.

The Americans have chosen their President. Congratulations @JoeBiden and @KamalaHarris! We have a lot to do to overcome today’s challenges. Let's work together!

On Thursday, French Foreign Minister Jean-Yves Le Drian had already assured that the United States and European Union would have to build “a new transatlantic relationship” after the elections.

For her part, German Chancellor Angela Merkel presented her greetings to Biden as president-elect of the United States and referred to an “irreplaceable” transatlantic relationship. “Congratulations! I wholeheartedly wish you luck and success,” Merkel said, quoted in a tweet from her spokesperson. “Our transatlantic friendship is irreplaceable if we want to overcome the great challenges of our time,” she added.

The head of the Spanish government, Pedro Sánchez, also congratulated Joe Biden on his election as president of the United States and wished him “luck.”

“Congratulations @JoeBiden and @KamalaHarris,” the vice president-elect, wrote to the socialist leader in Spanish and English on his Twitter account. “We wish you luck. We are prepared to cooperate with the United States and face the great global challenges together,” added Sánchez.

The American people have chosen the 46th President of the United States. Congratulations @JoeBiden and @KamalaHarris. We wish you good luck and all the best. We are looking forward to cooperating with you to tackle the challenges ahead of us.

On Friday, the Spanish Minister of Foreign Affairs, Arancha González Laya, stated on public television that Madrid would ask the winner of the election for a “reset in bilateral relations.” One of the major disputes between Madrid and Washington under the presidency of Donald Trump was his decision to impose tariffs of 25% on imports of wines, olive oils and olives from Spain.