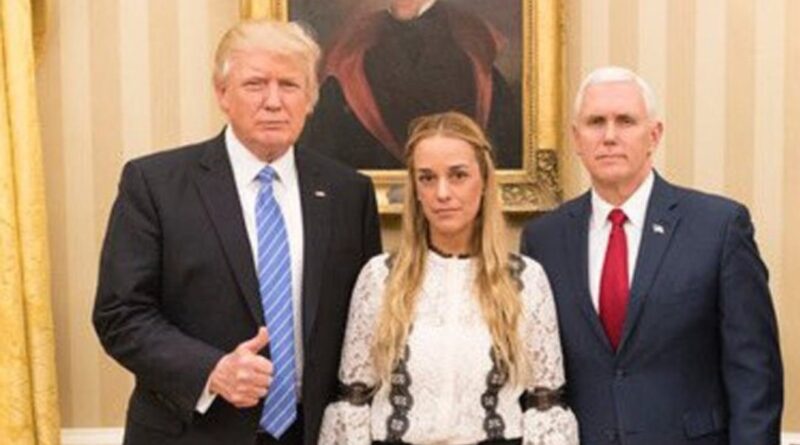 After the triumph of the candidate Joseph “Joe” Biden was announced in the US presidential elections held November 3 and with it, the defeat of the current president and candidate for re-election, Donald Trump, Venezuelan social media networks lit up with a photograph in which the US president and his vice president, Mike Pence, appear in the company of Lilian Tintori, wife of the far-right leader Leopoldo López.

“Lilian Tintori did it again. Donald Trump is gone. The work that this woman has done is without comparison,” wrote @infomanguito on his Twitter account, referring to the many occasions in which right-wing politicians of the world have lost their position or suffered misfortunes after being portrayed in a photo with the Venezuelan extreme-right figure.

In Venezuela the photos of Lilian Tintori with far-right leaders who she met while touring the world, demanding the freedom of her husband, have become a humorous phenomenon among Chavismo, who use it when every one of their local or international right-wing leaders are put in jail, are defeated, or in the worst cases, die.

Among the politicians who have suffered what is known on the internet as The Curse of Lilian Tintori are: former Peruvian presidents Pedro Pablo Kuczynski and Alan García, former heads of the Spanish government Mariano Rajoy and José María Aznar, former Argentine president Mauricio Macri, and the ex-de facto Brazilian ruler, Michel Temer, and others.