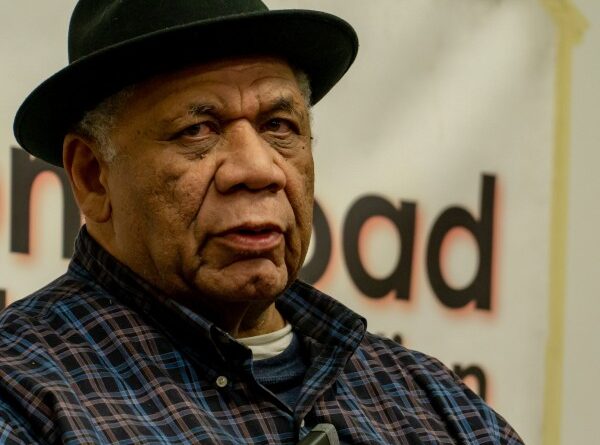 Fight Back! interview with Frank Chapman, of the Central Committee of Freedom Road Socialist Organization and the National Alliance Against Racist and Political Repression.

The book can be purchased here.

Fight Back!: Your book is the first major work on Marxism-Leninism, the struggle for Black liberation and socialism to be written in several decades. What prompted you to do this?

Frank Chapman: Several things. The relationship between Black liberation and Marxism-Leninism hasn’t been addressed in several decades. The last significant work I read about it was back in the 70s, when then chairman of the Communist Party, Henry Winston, a Black man, wrote Strategy for a Black Agenda. It was basically a polemic against the narrow nationalism of certain forces in the Black Liberation movement, and also pointing out the reactionary character of that trend of Black nationalism that followed George Padmore.

More to the point, I noticed that during the 60s, a period that I lived through, at a significant high point of the Black Liberation movement, the party had a strong tendency in it to liquidate the national question, to deny that Black people were an oppressed nation. There was a struggle around that—not everybody in the party had that view. I certainly didn’t, and I was in the party.

Since the 60s, what has happened? The Black Liberation movement was damn near destroyed by the COINTELPRO program. It basically came to a holding position where there were no major advances for a couple of decades. Then you had this upsurge that occurred after the murder of Trayvon Martin in 2012. It was then that I started thinking about addressing this, because I saw a resurgence of the Black Liberation movement.

The big question that came into my head was, we’re not really learning the great lessons that were provided us by the communist movement in the 30s. We’re not taking those historic gains and building on them in the present, and we should be because it was those historic gains that set the stage for the Civil Rights movement.

So, I started looking at it back then, and decided to actually write the book when I saw that there were a lot of people who were Marxist-Leninists and in the socialist movement that really didn’t have a sound approach—didn’t have a Marxist-Leninist approach—when it came to the national question. I felt like this needed to be spoken to.

Fight Back!: You make the point that African Americans in the US are an oppressed nationality. Why is this such an important point?

Chapman: Because we live in the age of imperialism. We live in an era of capitalism where oppressed nations throughout the world are fighting and striving for their right to self-determination. The Black liberation struggle in the United States is a part of that struggle. It’s another manifestation of the need to overcome the national oppression that capitalism imposes on peoples.

It was a tremendous contribution on the part of Lenin that he examined and correctly came out with an analysis that Black people were an oppressed nation within the US. As such, the communist movement throughout the world should stand in unconditional solidarity with them as they do with other oppressed nations. That was a significant advance for the communist movement, and it addressed directly and boldly the sellout, the betrayal that the Second International had done when they ignored the national question when it came to peoples of Asia and Africa, and the Black people in the US. To the extent that they recognized it at all, they only recognized it for certain European nations.

This is an important point to make because in the US, the basic democratic struggles being waged by Black people ever since we’ve been here have basically demonstrated that if you’re going to have a successful movement for socialism in this country, it has to be united with the struggle for Black liberation. Marx said it back during the time of the Civil War, labor in the white skin cannot be free if it’s sold and branded in the Black skin. This is a fundamental cleavage in the working class that impedes the development of revolutionary consciousness that prevents a mature movement to develop that can overthrow capitalism.

Fight Back!: Why do you think it is so important that activists in the Black Liberation movement study Marxism-Leninism?

Fight Back!: In your book you spend time talking about the work of communists in the 1930s. What are some of the lessons we can learn from those efforts today?

Chapman: The great accomplishment of the communists in the 1930s, with the help of the Third International, they were able to see clearly the centrality of the struggle for Black liberation in the revolutionary movement. They were able to see clearly that a path to revolution in the US has to be beaten out. The Black Liberation movement and the Marxist-Leninist movement together can find that pathway to socialism, because that’s the only pathway in the US.

The communists proved that in the 30s by going into the Deep South where you had Jim Crow states ruling with terror and brute force over Black people, to go into that situation to organize Black and white workers in a united fight against capitalist bosses and the landlords. That demonstrated, number one, that Black and white unity could be forged in the dirt and blood of class struggle. Number two, once that kind of unity was achieved, the Black Liberation movement and the working class movement were unstoppable. They proved that in the 30s with one victory after another.

Also, the communists in the 30s showed us the importance of the strategic alliance between Black people and the labor movement. It’s an alliance that objectively makes scientific sense, because what’s the class composition of Black people? 90% workers. So, this is only natural. This is an obvious connection. Black people have shown over and over again to be pro-union, and to be militant fighters for the union. Now today when we have millions of Black folks in the organized labor movement, we can drive these lessons home like never before.

What happened here in Chicago with the passing of the Empowering Communities for Public Safety (ECPS) ordinance is an example of that. We could not have won this historic victory without the support of the labor movement. It was the labor unions led by Black presidents that delivered the final blow for us, that brought the victory home.

We’re benefitting today by building on the experience of the communist movement in the 30s, by using the same strategy and tactics that were successful then, proving in the dirt and blood of battle they can be successful now.