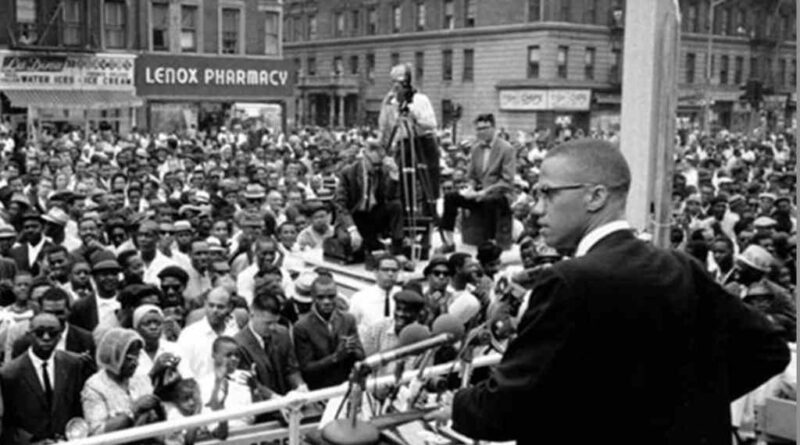 “And we will know him then for what he was and is―a  prince―our own Black shining prince!―who didn’t hesitate to die, because he loved us so.” That was how the legendary actor Ossie Davis ended his eulogy at Malcolm X’s funeral.

Over a half-century later, two of the convicted assassins of Malcolm X, Muhammad Aziz and Khalil Islam, were exonerated on Nov. 18. They were framed in a 1966 show trial.

Both Black men survived years in solitary confinement. Khalil Islam, who died in 2009, never got to see his name cleared.

Muhammad Aziz, then known as Norman 3X Butler, and Khalil Islam, then known as Thomas 15X Johnson, were convicted with Mujahid Abdul Halim. Then known as Talmadge Hayer or Thomas Hagan, Halim confessed during the trial to killing Malcolm X but said his two co-defendants were innocent.

That didn’t matter to the police and the courts. All three defendants were convicted and given life sentences by Judge Charles Marks.

The police were so disinterested in finding out who killed Malcolm X that they even didn’t close off the crime scene. A dance was allowed to be held the evening of the assassination at the Audubon Ballroom with Malcolm’s blood still on the stage.

All of the physical evidence, including a sawed-off shotgun that was one of the weapons used to murder Malcolm X, has disappeared.

Judge Marks turned down a defense motion to reveal the police interviews with a hundred eyewitnesses. Why?

When Halim gave the names of four people who were his fellow assassins in two affidavits in 1977 and 1978, Judge Harold Rothwax refused to reopen the case. New York police and the FBI didn’t investigate.

Both Muhammad Aziz and Khalil Islam had strong alibis. Aziz was at home suffering from thrombophlebitis in his right leg. Islam was also at his home when Malcolm X was killed, as confirmed by a neighbor who visited him.

Manhattan District Attorney Cyrus Vance Jr. apologized for the convictions of the two men. So why doesn’t Vance announce an investigation into who assisted Mujahid Abdul Halim in murdering Malcolm X?

Vance refused to prosecute Dominique Strauss-Kahn, then head of the International Monetary Fund, for raping the Black hotel worker Nafissatou Diallo. The DA is the son of former Secretary of State Cyrus Vance, who was a top Pentagon official during the dirty war against Vietnam and Laos.

FBI war against Black people
Black leaders have been targeted by the U.S. Government for over a century. The army considered Dr. Martin Luther King Jr. to be a threat. FBI Director J. Edgar Hoover wanted him dead.

Dr. King denounced the war against Vietnam. He declared at New York’s Riverside Church that “the greatest purveyor of violence in the world today (is) my own government.”

Exactly one year later, Dr. King was assassinated in Memphis on April 4, 1968. The same day, eight Green Berets were in Memphis.

During World War I, the Military Intelligence Division investigated one of Dr. King’s grandfathers for “subversive activity” because he gave a sermon against lynching.

The FBI had the Nation of Islam under surveillance since the early 1940s. During World War II, NOI leader Elijah Muhammad was sent to prison for four years on charges of urging his followers not to register for the draft.

The U.S. armed forces were then completely segregated. So was its blood supply, a Nazi-like practice.

In response, the Pittsburgh Courier started a “Double V” campaign, calling for victory over the Hitlers at home and abroad. Other Black newspapers joined the campaign and exposed racism inside and outside the military. With the support of President Franklin Roosevelt, J. Edgar Hoover wanted the Black newspaper publishers tried for treason.

During the anti-communist witch hunt after the war, the FBI tried to destroy every progressive organization in the country. Hoover launched COINTELPRO, short for counterintelligence program. It sought to provoke dissension within groups and between organizations.

Along with the Communist Party and Socialist Workers Party, COINTELPRO targeted Black activist groups. These included the Southern Christian Leadership Conference led by Dr. King, the Nation of Islam and the Student Nonviolent Coordinating Committee, known as SNCC.

COINTELPRO later waged a war of extermination against the Black Panther Party. As shown in the film “Judas and the Black Messiah,” the FBI planted its informant William O’Neal within the Illinois Black Panther Party. O’Neal was crucial to Chicago police murdering Illinois chapter chairman Fred Hampton and fellow Panther member Mark Clark on Dec. 4, 1969.

J. Edgar Hoover sent a telegram to the New York City FBI office on June 6, 1964, demanding that they “do something about Malcolm X.” Eight-and-a-half months later the Black shining prince was murdered in front of his family and an audience of 400.

A week before, on Feb. 14, the home of Malcolm X and his family―at 23-11 97th St. in the East Elmhurst section of Queens―was firebombed. The police refused to investigate. They planted a bottle filled with gasoline in the house, implying Malcolm set the fire himself.

There were always at least a half-dozen cops in front of any place where Malcolm X spoke in order to try to intimidate people. Yet a week after Malcolm and his family were nearly killed, there was just one cop stationed at the Audubon Ballroom’s entrance. Other police were kept hidden nearby.

The well-known journalist Jimmy Breslin got a tip from the police that he should go to the meeting at the Audubon Ballroom. Did the NYPD know what was going to happen?

Cyrus Vance said, “that on orders from director J. Edgar Hoover himself, the FBI ordered multiple witnesses not to tell police or prosecutors that they were in fact FBI informants.” In addition there were undercover cops in the audience belonging to the Bureau of Special Services (BOSS), the NYPD’s Red Squad.

Several people shot at Malcolm. None of the dozen or so FBI agents and police inside the ballroom did anything to try to prevent the assassination. Nor were they responsible for arresting Talmadge Hayer (Mujahid Abdul Halim), the sole killer who was apprehended.

Hayer was wounded by Reuben Francis, an aide to Malcolm X, and then seized by members of the audience. The cop at the door and two officers who were driving by in a squad car arrested Hayer.

The first edition of the old New York Herald Tribune carried Jimmy Breslin’s article that stated two suspects were arrested. The “two suspects” were changed to one suspect in later editions of the Tribune and other New York City newspapers.

Who was this second suspect and why did the media and police have him disappear? (“The Assassination of Malcolm X” by George Breitman, Herman Porter and Baxter Smith)

Among the BOSS operatives present was Detective Gene Roberts, who wormed his way into Malcolm’s security detail. Roberts can be seen in pictures next to the mortally wounded Malcolm X, whose head was cradled by Asian American activist Yuri Kochiyama.

“Brother Gene” later infiltrated the Black Panther Party. He gave lying testimony in the attempted frame-up of the Panther 21. One of the defendants was Afeni Shakur, the mother of Tupac Shakur.

It took the jury two hours to acquit the Panthers of attempting to bomb department stores and the Bronx Zoo. As fantastic as these charges were, they’re not much different from the allegations used to jail Arabs and Muslims after 9/11.

‘Too much power’
The capitalist media has always insisted the murder of Malcolm X was the result of differences between himself and Elijah Muhammad. Malcolm X left the NOI in March 1964.

What the media never mentions is that the FBI and local police departments were trying to destroy the Nation of Islam. Tens of thousands of Black people belonged to the NOI.

Los Angeles police attacked Mosque No. 27 on April 27, 1962. Mosque secretary Ronald X Stokes was shot in the heart and killed. Six other NOI members were wounded, including William X Rogers, who was left paralysed. Like Kyle Rittenhouse, the police claimed “self-defense.”

Malcolm X came to Los Angeles and gave a eulogy for his friend Ronald X Stokes. Two thousand people attended the funeral. The atrocity was one of the sparks that led to the 1965 Watts rebellion.

New York police never forgave Malcolm X for 2,600 NOI members surrounding the 28th precinct in Harlem on an April night in 1957. They were demanding justice for Hinton Johnson, who was clubbed viciously by police.

The police were forced to send Johnson to Harlem Hospital. Upon Malcolm’s signal, the thousands of Muslims and their supporters dispersed.

A police officer told Amsterdam News editor James Hicks that “this was too much power for one man to have,” referring to Malcolm X.  “He meant one Black man,” said Hicks. (“The Death and Life of Malcolm X” by Peter Goldman.)

Did CIA try to poison Malcolm X?
Things happened to Malcolm X during the last year of his short life that were beyond the reach of any NOI member. In July 1964, Malcolm nearly died of food poisoning in Cairo and had to have his stomach pumped.

No one else eating with Malcolm fell ill. The CIA’s fingerprints are all over this attempted rubout. The world’s biggest terrorist network had its own poison department.

Its head was Sidney Gottlieb, who tried to kill Fidel Castro with toxins. Gottlieb flew to Congo in 1960 and delivered a poison kit to CIA station boss Larry Devlin. The intended victim was Patrice Lumumba, the first leader of the Democratic Republic of Congo. President Eisenhower authorized Lumumba’s assassination.

Although the CIA wasn’t able to poison Lumumba, the beloved African leader was murdered on Jan. 17, 1961.

Malcolm X spent months in Africa pointing out the oppression of Black people in the United States. He was a one-person truth squad that U.S. embassies couldn’t answer. With the support of African governments, Malcolm sought to present these violations of human rights to the United Nations.

Like Che Guevara, the Black leader visited Gaza and expressed his solidarity with the Palestinian people. Malcolm met with Che when he spoke at the United Nations in 1964.

Malcolm X was the only prominent Black leader in the United States to denounce the mass lynching of the followers of the slain Patrice Lumumba. Belgian paratroopers and white mercenaries attacked Kisangani, then called Stanleyville, in November 1964, killing and raping thousands of Africans. President Lyndon Johnson supplied C-430 Hercules planes to transport these terrorists.

On Feb. 9, 1965, 12 days before he was assassinated, Malcolm X was stopped at the Orly airport in Paris and deported from France. Malcolm had spoken in France before without incident. Many people thought that President Charles de Gaulle feared Malcolm X would be assassinated on French soil and didn’t want to be blamed for it.

The Pentagon had special reasons to silence Malcolm X. In 1965 and 1966, one fifth of all U.S. combat deaths in Vietnam were Black soldiers and marines.

The military brass must have feared Malcolm X leading a draft resistance campaign that would eventually find support not only from the Black community but also from Asian, Indigenous, Latinx and poor white people as well.

Malcolm’s assassination was a tragedy for all working and oppressed people. Like Che Guevara, who was also murdered, Malcolm X became an inspiration for everyone struggling against capitalism and racism.

The exoneration of Muhammad Aziz and Khalil Islam demands an investigation into who were Mujahid Abdul Halim’s fellow assassins and who allowed the murder to happen. The leading suspect is the U.S. government.

If the capitalist government refuses to investigate itself, the people must find the truth by any means necessary.

Featured image: Malcolm X speaking in Harlem in New York City on June 29, 1963. J. Edgar Hoover sent a telegram to the New York FBI office on June 6, 1964, demanding that they “do something about Malcolm X.”