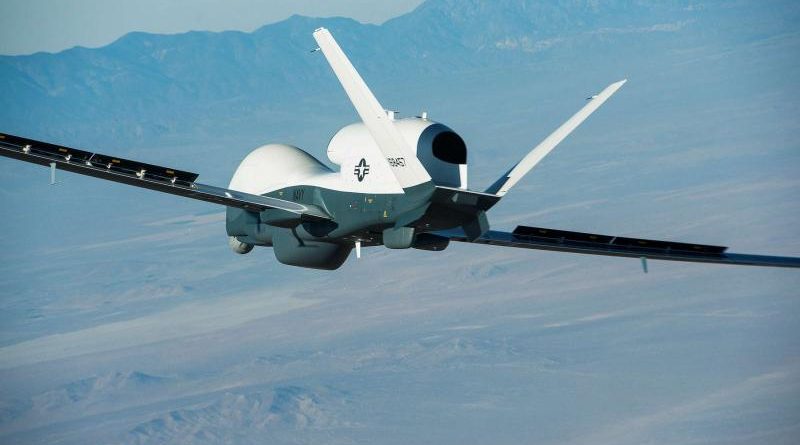 Iran has shot down a US military drone using a surface-to-air missile, Iranian and American military officials said, amid an escalating row over alleged attacks on oil tankers in the Strait of Hormuz. The commander of the Revolutionary Guard said the downing of the drone had sent ”a clear message” to America. In a speech delivered on state television, General Hossein Salami added that Iran does “not have any intention for war with any country, but we are ready for war.”

RELATED CONTENT: “If This Is True, They Are Even Bigger Lunatics Than We Realized”: UN Officials Reportedly Believe Trump Planning “Massive” Bombing Campaign in Iran

The two sides differed in their accounts of where it was at the time. The US military described the incident as ”an unprovoked attack on a US surveillance asset in international airspace”, while Iran’s Revolutionary Guard said it had entered Iranian territory near the Kouhmobarak district in the south of the country. Two Iranian state media outlets carried statements that referred to a “spy” drone being destroyed on Thursday morning. The US military, which initially declined to confirm reports of a downed drone, later said that an “RQ-4A Global Hawk” unmanned aircraft was hit by a surface-to-air- missile at 11.35pm on Wednesday evening.

Tensions have remained high between the two countries since US president Donald Trump withdrew from an international nuclear deal with Iran, which granted it sanctions relief in exchange for tight controls on the state’s nuclear programe.

But the Strait of Hormuz, a key shipping lane in the Gulf of Oman close to where Iran says the drone was shot down, has been a more immediate flashpoint in recent weeks amid a spate of attacks on oil tankers.

RELATED CONTENT: Sanctions are Genocidal, and They are the US’s Favorite Weapon

The US and its ally Saudi Arabia have blamed Iran for the incidents, and the US has deployed an aircraft carrier to the Middle East and additional troops to add to the tens of thousands already in the region.

Iran has denied involvement but said that security for the Strait of Hormuz was its responsibility, demanding American forces be withdrawn.

Trump withdrew from the landmark nuclear deal in May last year, ending the US commitment to an agreement signed by his predecessor Barack Obama, along with Russia, Britain, Germany, China and the European Union. Trump called the deal “defective to its core,” contradicting US allies who insisted it was successful.

The terms of the agreement limited the amount of low-enriched uranium stockpiled by Iran, which is a necessary component of a nuclear weapons programme.

The US has imposed several rounds of punishing sanctions on Iran over the past year, aimed at pressuring its leadership to accept terms more favourable to the US.

But this week, Iran’s nuclear agency announced that it would increase enrichment of uranium to surpass the caps agreed upon in 2015.

“We have quadrupled the rate of enrichment (of uranium) and even increased it more recently, so that in 10 days it will bypass the 300kg limit,” said Iran’s Atomic Energy Organisation spokesperson Behrouz Kamalvand.

“Iran’s reserves are every day increasing at a more rapid rate,” he told state TV, adding: “The move will be reversed once other parties fulfil their commitments.”

The US responded by calling for Iran to honour the agreement which Trump had withdrawn from.