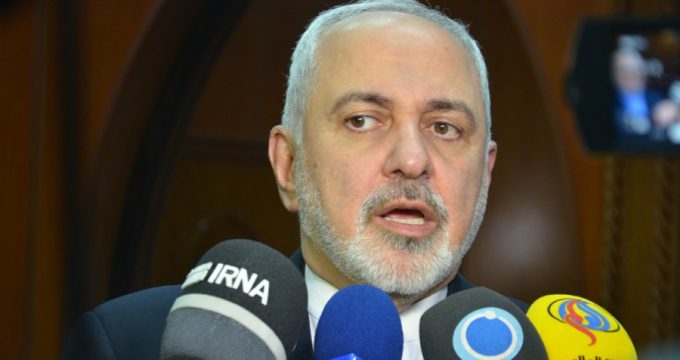 MNA – Foreign Minister Mohammad Javad Zarif has said that Iran may review decision to further reduce JCPOA commitments if the European countries take action to live up to their own obligations.

Speaking to reporters after attending a meeting of National Security and Foreign Policy Committee at the Iranian parliament on Sunday afternoon, the top Iranian diplomat said that “Iran will continue its talks with the Europeans, while there have been suggestions regarding the Iran’s third step to diminish JCPOA commitments, and we are at the finals stages of decision making.”

Zarif added “if the Europeans do not take action by Thursday, according to a decision announced on May 8, 2019, we will write a letter to them and announce the implementation of the third step to them.”

Regarding the actions that Iran may take during the third phase of its diminishing JCPOA commitments, Zarif said that the government’s suggestions concerning the third step are clear and as soon as a final decision is made, it will be announced.

In response to a question about France’s initiative and his recent meetings with the French President, the phone conversations between President Rouhani and President Macron of France, and the tomorrow’s deputy FM Araghchi to Paris, the foreign minister said that Iran will continue talks to secure full implementation of the JCPOA and if the European countries take action to live up to their own commitments, Iran will return to its commitments which were given up during the first and second steps in accordance with the Article 36 of the JCPOA and will continue to talk.

He added that the Iranian diplomat Araghchi and the officials from the Central Bank of Iran will discuss the EU’s actions during their trip to France tomorrow.

The top Iranian diplomat underscored that there is still the possibility of reversing Iran’s decision to take the third step if the Europeans take action.

He described the launch of EU trade mechanism for legitimate trade with Iran known as INSTEX as a first step could be taken by the Europeans to abide by their JCPOA commitments.

“We’ve heard different things about INSTEX from the Europeans, but we look at their real commitments,” Zarif concluded.

On May 8, the anniversary of the US withdrawal from the nuclear deal (JCPOA), Iran announced that it was partially discontinuing its obligations under the JCPOA and urged nuclear deal remaining signatories – China, France, Germany, Russia and the United Kingdom – to shield Tehran from Washington’s sanctions.

Tehran says its countermeasures fit within its rights under paragraphs 26 and 36 of the nuclear deal, and that it will reverse the measures once its demands are met.

As a first step, Iran increased its enriched uranium stockpile to a level above the 300 kilograms set by the JCPOA.

In the second step, Tehran began enriching uranium to purity rates beyond the JCPOA-limit of 3.76 percent and it has announced that it may increase the level of uranium enrichment to pre-JCPOA era to 20% as the third step to reduce its JCPOA-related commitments.