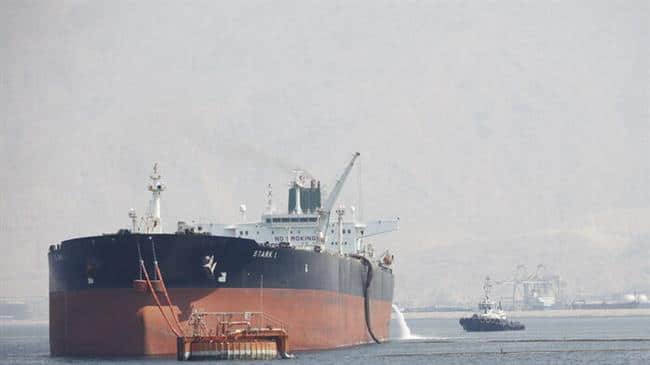 September 30, 2020.- A report shows Iran’s Oil Ministry has been successful in selling huge volumes of oil to foreign customers despite American sanctions that ban any formal trade of crude by the country.

The official IRNA news agency said in a Wednesday report that Iran’s Oil Minister Bijan Namdar Zanganeh was vindicated in his recent claims that his ministry had come up with numerous solutions to circumvent American sanction on oil exports.

It cited figures published in a Reuters report last week which showed Iran’s sale of crude had surged significantly in September.

“Time has proven that America has not the power to halt Iran’s oil exports because there are anonymous routes … through which Iran is selling its oil,” read part of the report by IRNA.

Figures provided by TankerTrackers and two other sources to Reuters showed Iran had shipped up to 1.5 million barrels per day (bpd) of crude and condensates, a very light form of crude, to foreign customers in September.

That was significantly higher than unprecedented lows seen last year when some reports suggested that Iran’s exports had fallen to below 200,000 bpd after Washington terminated waivers for top buyers of Iranian crude in May 2019.

The Iranian government has allowed major government departments to get involved in the sale of crude through whatever mechanism they can come up with.

RELATED CONTENT: The US will Apply “United Nations” Sanctions Against Iran and Venezuela – Now the US is Impersonating the UN

However, IRNA said that it was only the Oil Ministry that could realize the objective and find solutions to increase oil exports during a period of unprecedented sanctions.

At a briefing in the Iranian parliament in mid-August, Zangeneh avoided to disclose details of Iran’s secret trade of oil, saying it would risk the entire operation.

“All that we export is not registered under Iran’s name. It changes several times and even the documents change, as do the specifications,” he said.

Featured image: Iranian Oil Ministry is successfully getting round US sanctions to sell oil to foreign customers.