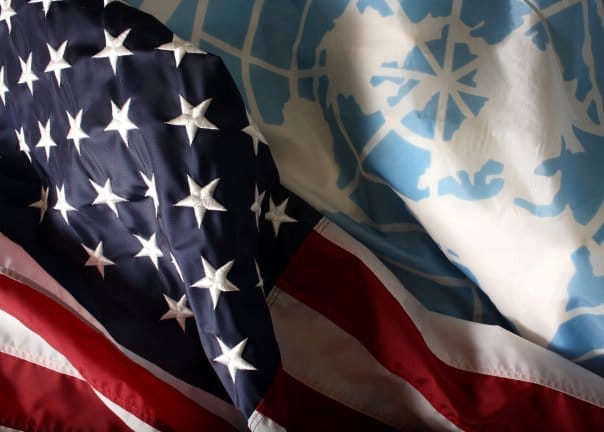 The United States announced on Monday punitive measures against Iran’s defense ministry and Venezuelan President Nicolás Maduro imposed under a “UN” authority contested by the rest of the world, and demanded Europe to do the same.

The government of Donald Trump appointed 27 people or entities that it said would be subject to “UN” sanctions, but the multilateral body itself says that the decision does not depend on Washington.

“The United States has reinstated the UN sanctions against Iran,” Trump said in a statement but in fact they are a remake and update of old unilateral and illegal US sanctions that do not have the blessing of the United Nations due the fact that it was the US regime that abandoned the agreement reached during the Obama administration to deter Iran from producing nuclear weapons.

In addition, Washington sanctioned the Iranian Defense Ministry, along with the Defense Industries Organization of that country.

“Today, I am going to take the first step under a new executive order by sanctioning Iran’s Defense Ministry, and the Iran Defense Industries Organization and its director,” Pompeo said.

Pompeo also announced that two people who he said are central to Iran’s uranium enrichment were sanctioned.

“I am also announcing sanctions against Hamid Reza Ghadirian and Ahmad Asghari Shivaí under an existing US authority targeting proliferators of weapons of mass destruction; these people are central to [Iran’s] uranium enrichment operations,” said Pompeo providing no further details.

In turn, Commerce Secretary Wilbur Ross announced that the US Government sanctioned five Iranian scientists for their participation in their country’s nuclear program.

“We have made it very clear that all United Nations member states have a responsibility to enforce sanctions,” Secretary of State Mike Pompeo told reporters when asked about the European opposition to these measures.

“That certainly includes the UK, France and Germany. We have every expectation that those nations will enforce these sanctions,” he said in a tone that suggests the US regime is trying to impersonate United Nations’ role.

The people listed under “UN” sanctions are mostly already hit by punitive US measures, and this includes Iran’s Defense Ministry and its Atomic Energy Organization.

The United States has also been trying to remove Maduro from power, and since 2019, has been using local operator Juan Guaido to push a regime change operation that has not been successful, and that will be useless after the parliamentary elections scheduled in Venezuela for December 6 this year.

The State Department said that the sanctions on President Maduro in Trump’s executive order are based on the UN resolution and target defense transactions between Iran and the Venezuelan leader.