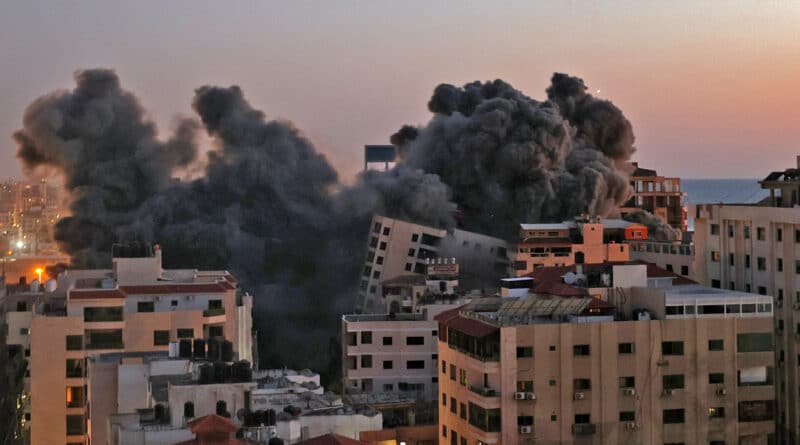 A Hamas representative confirmed to Reuters that the ceasefire will be “mutual and simultaneous” and will take effect from 02:00 a.m. this Friday (23:00 GMT Thursday).

Israel’s Security Cabinet unanimously approved a ceasefire with the Gaza Strip on Thursday after 11 days of Israeli-Palestinian confrontations, the most intense since 2014.

According to the statement, the ministers agreed to “accept the Egyptian initiative for a unconditional bilateral ceasefire, which will take effect at an hour to be determined later,” according the newspaper The Times of Israel.

For its part, a Hamas representative confirmed to Reuters that the ceasefire will be “mutual and simultaneous” and will take effect from 02:00 a.m. this Friday (23:00 GMT on Thursday), a time that was also reported by Israeli media.

The Hamas movement also indicated that it will respect the ceasefire if Tel Aviv complies with the agreement. Hamas’ armed wing, the Ezzeldin Al Qassam Brigades, declared that it will closely monitor what Israel does in the next few hours. “We had prepared a big hit, from Haifa to Ramon [Eilat airport]. We will closely watch the enemy’s behavior until 2 a.m. and halt the large assault that we had prepared for our enemy,” they said.

The Israeli cabinet’s decision on the ceasefire comes after US President Joe Biden on Wednesday urged Israel’s Prime Minister Benjamin Netanyahu to seek a “significant de-escalation” on the way to a ceasefire.

In turn, Israeli Defense Minister Benny Gantz applauded the Israel Defense Forces (IDF) and praised the ” unprecedented military achievements in terms of forcefulness, precision, and strategic importance in the fight against terrorist groups in the Gaza Strip.” The high-ranking official added that the army remains on high alert for additional attacks from Gaza.

Meanwhile, in southern Israel, in the areas bordering Gaza, anti-aircraft sirens continued to sound on Thursday, the IDF reported.

According to AFP, two Egyptian security delegations will be sent to Israel and the Gaza Strip to “monitor the implementation [of the ceasefire] and the procedures to maintain stable conditions permanently.”

Escalation of tensions
The escalation of tensions between Israel and Palestine had reached its peak in recent days after weeks of mounting hostility. The outrage of the Palestinians at the security barriers placed in East Jerusalem during Ramadan, the assault of supplicants in Al-Aqsa mosque, and the evictions of an Arab neighborhood were triggers of the wave of violence.

On Monday, the Hamas movement began firing rockets into Israel from the Gaza Strip, at which point hostilities escalated rapidly, leading to the most intense Palestinian-Israeli fighting since the 50-day war in mid-2014.

Since the start of the confrontations, Israeli attacks have damaged at least 18 hospitals and clinics, and destroyed a health center in the Gaza Strip, while almost half of the essential medicines in the territory have been depleted.

The analyst and director of the Geopolitical Dossier, Carlos Alberto Pereyra Mele, believes that in order to maintain peace in the region it is important that the parties to the conflict comply with UN resolutions.