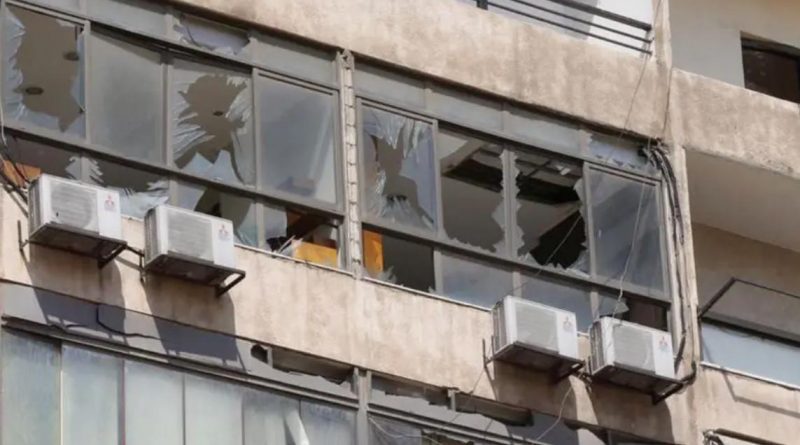 In a new blatant breach to the Lebanese sovereignty, two “Israeli” drones came down over Beirut’s Dahyieh as it were rigged with explosives and caused damage to Hezbollah media center.

“The first drone fell without causing damage while the second one was laden with explosives and exploded causing huge damage to the media center,” Head of Hezbollah Media Relations Mohamed Afif said. “Hezbollah did not shoot down any drone,” Afif said.

The Lebanese Army meanwhile confirmed that the drones were “Israeli”. “Two drones belonging to the “Israeli” enemy violated Lebanese airspace [at dawn]… over the southern suburbs of Beirut. The first fell while the second exploded in the air causing material damage,” an army statement said.

The army said it had sealed off the area and that the military police had opened an investigation.

Featured image: Broken windows are pictured after an Israeli drone fell in the Hezbollah-dominated southern suburbs and a second one exploded near the ground in Dahiyeh suburbs of Beirut, Lebanon August 25, 2019. (photo credit: MOHAMED AZAKIR / REUTERS)