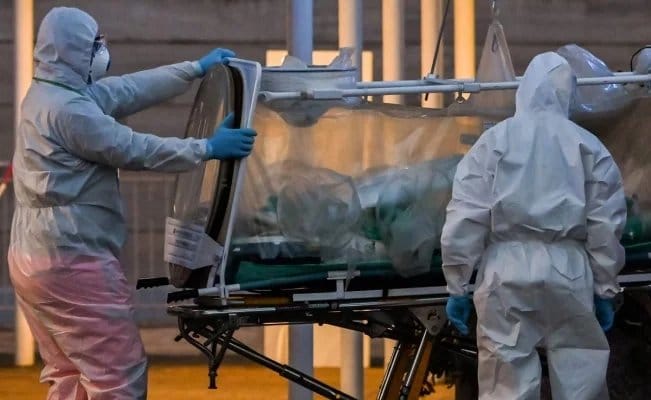 The deaths in Italy caused by the coronavirus reached 2,158 this Monday, having increased by 349 in the last twenty-four hours, according to the latest numbers reported by the head of Civil Protection, Angelo Borrelli, at a press conference. The number of patients currently in Italy, the second country in the world with confirmed cases after China, is 23,073 people, an increase of 2,470 compared to Sunday, and 414 have recovered.

With this, the number of total infections since the detection of the outbreak at the end of February is 27,980, counting the sick, the deceased and the cured, while the tests carried out on the population is now 138,000.

Italy has reported more than 700 deaths in two days.

The most affected regions are those in the north, where the virus began to spread through cities such as Milan, the financial capital of Italy. The Lombardy region, where Milan is located, registered 1,420 deaths, 66% of the total registered in Italy due to the coronavirus.

The number of deaths from the coronavirus in the world exceeded 7,000, after the announcement by Italy that it recorded 349 new deaths in the last 24 hours, according to an analysis carried out by the AFP with official data at 17:00 GMT.

Rest of europe
Meanwhile, the government of France on Monday ordered its citizens to stay at home for at least 15 days in a row to reduce the spread of Covid-19. French President Emmanuel Macron said in a message to the nation that France “is at war” against the coronavirus and explained that the measure will be implemented from noon on Tuesday, March 17, the Chinese Xinhua news agency reported.

As of this Monday, the World Health Organization (WHO) specified that there are 5,380 people infected with Covid-19 in France and about 127 have died.

For its part, the government of Russia applied restrictive measures to stop the spread of the virus in that country and in this regard, Prime Minister Mikhail Mishustin reported on Monday that from Wednesday, March 18 and until May 1, it will limit the entry of foreign citizens to the country, to reduce the Covid-19 outbreak.

In a statement, the senior official urged the heads of government of Belarus, Azerbaijan, Armenia, Kazakhstan, Kyrgyzstan, Tajikistan and Uzbekistan, with whom he spoke by phone, to protect public health by enforcing the rule to prevent the spread of the virus, as provided by Russian law and its provisions of international treaties, reported RT.

Mishustin explained that the measures “comply with the recommendations of the World Health Organization, caused by special circumstances and are exclusively temporary.”

In Spain , another of the countries most affected by the pandemic (with a reported 9,191 cases and 309 deaths, according to figures from the Ministry of Health), both in Galicia and in the Basque Country, the regional elections, scheduled for the April 5 coming due to the crisis caused by the epidemic, were suspended. The decision, which postpones the elections to a date determined by the authorities of both regions, is mainly due to the lack of sanitary guarantees, reported Prensa Latina.

The community of Madrid registers more than four thousand infections and 213 deaths, followed by Catalonia with 903 infected and 12 deaths. The regions with the least infections are Cantabria (51), Melilla (eight) and Ceuta (one).

Global data
As of today, there have been more than 178,000 cases of the new coronavirus and more than 7,000 deaths worldwide, according to data from the Johns Hopkins Center for Systems Science and Engineering in the United States.