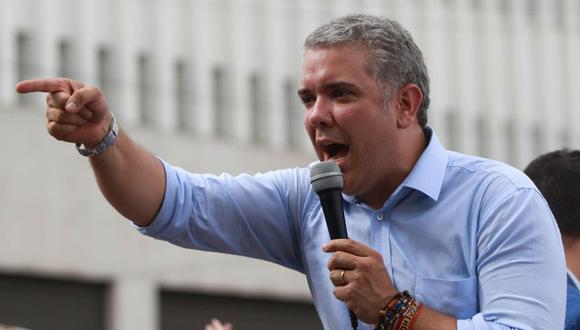 On Tuesday, September 7, Colombian President Iván Duque, one of the main allies of the extreme-right wing led by former deputy Juan Guaidó in Venezuela, lashed out against the partial agreements signed by the Venezuelan government and the extreme right opposition in the dialogue process that was held until Monday in Mexico.

In this regard, the Colombian president, referring to the issue through a couple of messages on his Twitter account, insisted on disqualifying the talks and reiterated his accusations against “the dictatorship” of Nicolás Maduro, as he usually calls the Venezuelan government.

Hours before Duque’s outburst, authorities of the Bolivarian government participating in the negotiations in Mexico had ratified that the economic agenda remains on the table, with clear demands for the recovery of resources and assets of the nation, including the fertilizer company Monómeros, headquartered in the Colombian city of Barranquilla and operating in Colombian territory.

Duque, who now attacks the dialogue, is one of Guaidó’s main partners in stealing the company from the Venezuelan government, a company that is strategic for Venezuela’s agricultural sector. In 2019, with the support of the US government, the extreme right opposition sector led by Guaidó, stripped the Venezuelan people of the multi-million dollar Monómeros Colombo Venezolano SA.

Duque promotes looting of Venezuelan assets
In the framework of the dialogue process in Mexico, the president of the Venezuelan National Assembly, Jorge Rodríguez, who also heads the government delegation in the dialogue, responded to questions regarding the recent takeover of Monómeros by the Colombian Superintendency of Corporations (Supersociedades).

“Monómeros is an industry that belongs to Venezuela; any action taken by Iván Duque can only be described as theft,” stated Rodríguez after participating in a new session of conversations with sectors of the Venezuelan opposition.

The Superintendency of Corporations is a technical agency associated with the Colombian Ministry of Commerce, Industry and Tourism, which means that it is a dependency of the Colombian executive branch, at the order of the president of the country.

Before Guaidó and the Duque government illegally appropriated Monómeros, the firm recorded operating revenues of $1.1 billion.

Featured image: President Iván Duque of Colombia has accused the Venezuelan government—once again—of being a “dictatorship,” while his own government is stealing Venezuelan assets in Colombia in complicity with Juan Guaidó. Photo courtesy of RedRadioVE.