The Constitutional Court (TC) of Cape Verde scheduled a hearing on the constitutional appeal of the special envoy of Venezuela, Alex Saab Morán, for next August 13 at 9:00 a.m. Saab has been held in Cape Verdean prison for 410 days under an arbitrary measure emanating from the United States, victim of a flawed process denounced by the diplomat, his defense, and activists and legal experts worldwide.

“We inform you that by order of the Venerable Presiding Counselor Judge in the file of the Concrete Inspection of Constitutionality No. 2/2021, in which Alex Nain Saab Moran is appellant and the Supreme Court of Justice is appealed, the first instance hearing referred to in Article 92 of Law No. 56/VI/2005, of February 28, which establishes the competence, organization, and functioning of the Constitutional Court, the statute of its judges, and the processes of its jurisdiction; is to be held August 13 at 9:00 am in the courtroom of the Constitutional Court,” read the statement of the Court quoted by local media.

The Cape Verdean media also reported that due to COVID-19, the room reserved for the public will have a capacity limited to seventeen seated people, who will only be able to attend the trial after registering.

The trial
Similarly, it was reported that the Constitutional Court sent the parties (Defense and Public Ministry) a Memorandum “containing the matters proposed to be reviewed in this case.” In keeping with Cape Verdean law, from the date of receipt of the memorandum the parties have seven working days to prepare their oral arguments.

The decision
After listening to the defense representative and the Public Ministry, the TC judges will verbally communicate their decision on the matter under discussion at the hearing.

After three to seven days, the officials will have the final decision in writing, expected to conclude the constitutional appeal of Alex Saab’s extradition to the United States. 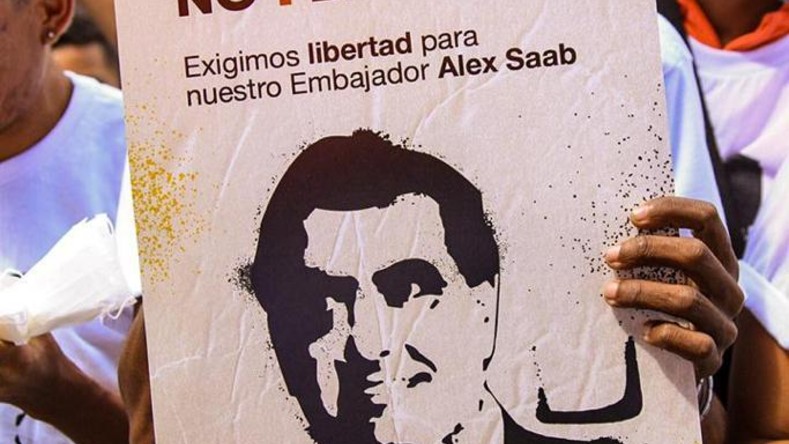 Alex Naím Saab Morán was illegally detained on June 12, 2020 at the Sal International Airport by the Cape Verdean police, when he made a stop to refuel on a flight back to Iran, after a trip to Venezuela.

More than a year after the illegal arrest of Alex Saab, questions about the true independence of Cape Verde’s courts are growing, as it appears that its decisions have been made to correspond with the political objectives of the White House.