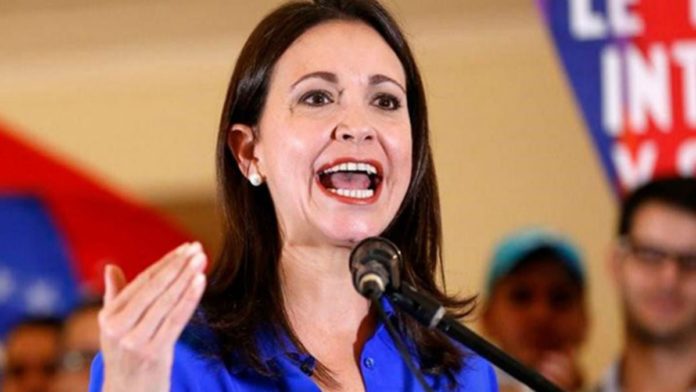 The head of the Vente Venezuela party, María Corina Machado, reiterated her invectives against the President of Venezuela, Nicolás Maduro, whom she insists “must be overthrown.”

During an event organized by her political organization, the national coordinator of Vente Venezuela pointed out that the national president “is not president, and that the problem is not to recall him but to overthrow him.”

Now, María Corina Machado states that Maduro should not be recalled, despite the fact that a month ago she presented a document to the National Electoral Council (CNE) to try initiating a recall process. It is important to highlight that Machado is rejected not only by Chavista forces in Venezuela, but is also despised by most right-wing politicians and their supporters.

However, the vice president of the CNE, Enrique Márquez indicated that because the opinion of the legal consultancy is ready, the recall referendum request will be discussed by the board of the organization.

Likewise, although she herself criticizes the sectors of the right, she rejected the idea that there is a divided opposition.

Machado claimed that there are not two oppositions, although she decided to separate her party from the so-called Democratic Unity Table (MUD) when other parties announced their decision to participate in the 2014 parliamentary elections.

This is not the first time that the Vente Venezuela coordinator has criticized other sectors of the Venezuelan right, especially those who decided to join the dialogue in order to improve the country’s political situation. Recently, she has criticized opposition leader Henrique Capriles for his willingness to sit down to talks with the government.