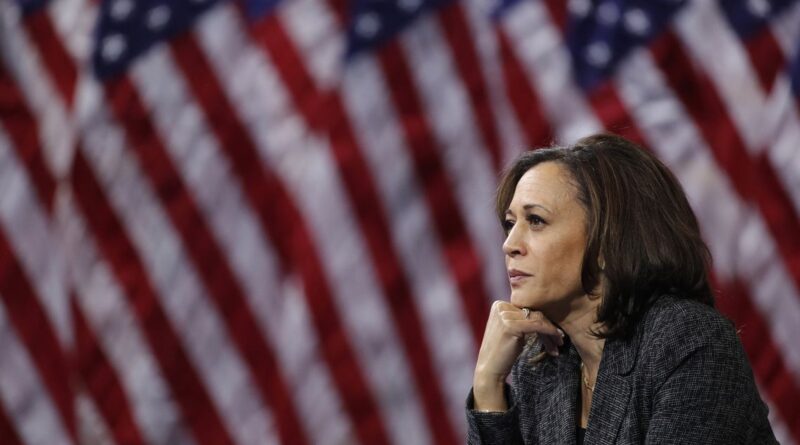 In March, the White House announced that Vice President Kamala Harris would take charge of the Biden administration’s “efforts to deter migration to the southwestern border by working to improve conditions in Central America”,  comprising the nations of El Salvador, Honduras, and Guatemala.

Harris’ tour of the Northern Triangle of Central America (NTCA) allows her the opportunity to advance on the world stage as a “clean up woman” after the exposure of the Biden administration’s continuation of migrants in cages and child separations at the US-Mexico border. The idea behind the tour is to establish some understanding between leaders on the root causes of the immigration crisis at the border and creating neoliberal-based corporation-first policies that could elevate much of the crisis.

While speaking in Guatemala City, Guatemala on Monday, June 7th, Harris doubled down on the Biden administration’s immigration stance when she bluntly said,

“I want to be clear to folks in this region who are thinking about making that dangerous trek to the United States-Mexico border: Do not come. Do not come.”

Many Harris supporters argue that the context of her words has to do with the safety of the refugees and the legal process of immigration. However, they ignore that seeking asylum is a legal form of entry and have disregarded the dramatic shift in rhetoric from her opposition to Trump’s refusal to take in immigrants and refugees. More importantly, the lens of American exceptionalism has distracted from the historical context of Harris’ advising words.

Guatemala has many issues from poverty to illiteracy rates to gang violence, but these issues did not derive from thin air. There’s historical complexity to its problems, complexities that the US is fully tangled in.

The Guatemalan Revolution of 1944, also known as the 10 years of Spring, influenced great socio-political changes throughout the country which threatened western corporations that exploited the land and the workers. In particular, one American company, the United Fruit Company (UFC), was an instrumental barrier to any progress made by the Guatemalan revolutionaries.

The US government’s cold war politics uniting with UFC’s defense of private property over self-determination of the Guatemalan people resulted in the US and its CIA funding the 1954 Guatemalan coup d’etat. After the successful coup and Jacobo Arbenz’s forced resignation, The U.S.-backed Guatemalan military took over and all of the reforms once in place during the revolution ceased. The diminishing of the progressive policies brought during the Revolution created a new internal conflict which ultimately became known as the 36-Year War or Guatemalan Civil War.

The United States sacrificed Guatemalan peoples’ centered human rights and Guatemalan human lives on behalf of the interests of its multinational corporations while demonizing and marginalizing the migrants and refugees that result from US interventions.

On the same Monday Harris coldly told Guatemalans “do not come”, the US Supreme Court ruled unanimously against immigrants with temporary protection status (TPS) obtaining a Green Card for permanent residency. The courts argued that the Immigration and Nationality Act, which generally requires that people seeking to become permanent residents have been “inspected and admitted” into the US, is not satisfied by the granting of TPS. As Justice Elena Kagan notes, “a grant of TPS does not come with a ticket of admission, it does not eliminate the disqualifying effect of an unlawful entry.”

The continued US neoliberal meddling in Third World politics and sovereignty has resulted in massive and ongoing destabilization, suffering from economic austerity, and deprivation. So while many may be naively shocked that Harris, a daughter of immigrants, could make those callous remarks to people seeking refuge, they shouldn’t be.  Harris is an unrepentant political climber willingly offering herself up for a chance to mimic power on a world stage. What Harris said, cruel and heartless as it may sound, is nothing more than the echoing of her neoliberal predecessors who have approached the politics and peoples of the Americas as the US’ birthright.

Erica Caines is a poet, writer and organizer in Baltimore and the DMV. She is an organizing committee member of the anti war coalition, the Black Alliance For Peace as well as an outreach member of the Black centered Ujima People’s Progress Party. Caines founded Liberation Through Reading in 2017 as a way to provide Black children with books that represent them and created the extension, a book club entitled Liberation Through Reading BC, to strengthen political education online and in our communities.