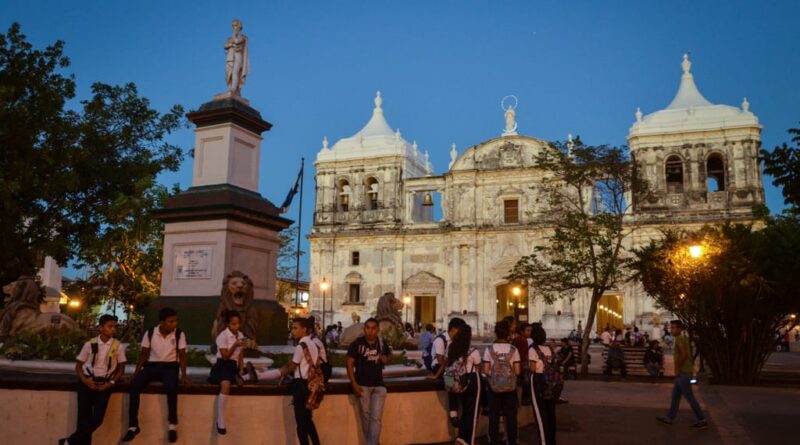 The current migration crisis of people from Central America traveling across Mexico to reach the United States has received widespread international coverage. Some reports and articles rightly point to the origins of the crisis in destructive US foreign policy intervention over many decades in Central America. But even many of those articles fail to make clear the difference between the Northern Triangle countries of El Salvador, Guatemala and Honduras and their fellow SICA (Central American Integration System) neighbors. Most observers agree that insecurity, high crime rates, poverty and unemployment are what mainly drive significant migration to the US from El Salvador, Honduras and Guatemala, but writers seldom look at why is there not similar mass migration from the other main Central American countries, Costa Rica, Nicaragua and Panama.

In Panama’s case, until the COVID-19 outbreak the country enjoyed the highest rates of growth in Central America, largely thanks to the decade long engineering program to widen the Panama Canal which ended in 2016. It remains to be seen how Panama’s population of over four million will cope with the economic effects of the measures against COVID-19 and also how the country’s economic development will adapt following the end of that huge engineering project. Panama is very much a special case in Central America because its economy is dominated by the canal and by its role as a financial center and tax haven.

Costa Rica has so far benefited from its legacy of many decades of relative general prosperity. But that prosperity is at risk now, following a period of corruption-ridden neoliberal governments under Oscar Arias, his protégé Laura Chinchilla and the continuation of their misguided policies by the ineffectual presidents who succeeded them. Over a decade of neoliberal economic policies and poor results of increased collaboration with the phony US “war on drugs” have led to widespread disaffection among people on low incomes and the country’s middle class. Now, the country has to address the effects of economic contraction resulting from the global slowdown prior to 2020, compounded by the economic effects of restrictive measures implemented to address COVID-19. The country also faces increased encroachment by regional organized crime, especially narcotics.

As for Nicaragua, a recent opinion poll indicated that the number of Nicaraguans disposed to emigrate has fallen by half since 2004/2005. Despite false claims in early 2020 by the UN High Commission for Refugees of a massive refugee crisis following the failed coup attempt of 2018, migration from Nicaragua has been generally stable since the mid-1990s. In terms of unemployment as a driver of migration, for decades hundreds of thousands of Nicaraguans have lived legally in Costa Rica providing reliable, well regarded labor for Costa Rica’s construction and agriculture industries and also supplying domestic service for Costa Rica’s middle and upper classes.

What really explains the absence of any significant number of Nicaraguans among the tens of thousands of Central Americans seeking entry at the southern US border every month are the results of Nicaragua’s National Human Development Plan, especially since 2010. Nicaragua’s successful revolutionary social and economic policies and infrastructure investment have ensured high levels of productive economic activity, and have effectively neutralized organized crime and promoted high levels of citizen security for its population of around 6.5 million. The main components of the updated National Human Development Plan make this clear.

By 2026 Nicaragua’s free public health care system will have 104 hospitals, up from 77 now, this combined with its participatory preventive community health care model made it possible to maintain economic activity while successfully containing COVID-19 all through 2020 and to date. Similar infrastructure investment is scheduled in free public primary, secondary and higher education and in vocational training, including innovative rural outreach programs up to university level, with free school meals and scholastic supplies for primary school children.

Nicaragua is the world leader in women’s political representation and among the first five countries in the WEF’s Global Gender Gap index.  Its community oriented policing prioritizes protecting youth at risk and women, in the context of a coordinated national policy to contain and dismantle organized crime, especially trafficking of people and drugs networks. Nicaragua has the lowest homicide and automobile theft rates in the region. Its population takes part enthusiastically in quarterly national civil defense exercises so as to continually maintain and develop the country’s already highly efficient civil defense risk management and disaster mitigation structures.

Since 2007, Nicaragua has dramatically democratized its economy via grass roots agricultural production and urban microcredit programs prioritizing women. The government prioritizes small and medium-sized businesses especially via strategies to increase agricultural and agro-industrial productivity and promote more intense technological development via the use of information and communications technology, in particular in rural areas. Municipal authorities actively work to promote grass roots economic initiatives. And the government has also prioritized the economic and technological integration of the Caribbean Coast. Nicaragua led the region in increased exports in 2020 and projects overall GDP growth of 3.5% for 2021, with an expected return by 2026 to the 5% growth it achieved prior to the 2018 coup attempt.

The government maintains subsidized water and electricity for vulnerable social sectors and people on low incomes. Nicaragua ranks third in all of Latin American in drinking water quality, energy and transportation according to the Inter-American Development Bank. It also subsidizes public transport in Managua as well as inter-city bus services and also water transportation on the Caribbean Coast. By 2023, 95% of the population will have access to piped drinking water. By the end of this year 99% of the country will have electricity, which by 2023 will be 90% generated from renewables.

Nicaragua has the best highways in Central America and the 5th best in Latin America. Major investment is happening in the country’s maritime ports and airports, in sports and recreational facilities and in affordable housing. The authorities will continue extending free, secure property titles beyond the over 430,000 title deeds issued thus far.

While the results of Nicaragua’s development planning are there for all to see, it is far from clear whether the US$30 billion Comprehensive Investment and Infrastructure Plan, promoted by the UN’s Economic Commission for Latin America and the Caribbean and Mexico’s President López Obrador, to address the causes of migration from Central America’s Northern Triangle will be as successful in terms of integral social and economic development, security, equality and sustainability. Certainly, the Biden administrations’ heavily conditioned US$4bn plan is bound to fail. Among other fundamental weaknesses, its ill-conceived strategy will, according to Biden spokesperson Roberta Jacobson, seek to prioritize NGOs with no regional integration into central government planning.

In any case, neither the Biden plan nor even the plan promoted by the UN and Mexico are likely to have any significant impact on the causes of migration from Central America’s Northern Triangle to the US because they are too little, too late to address those countries’ deep-seated social trauma, entrenched economic inequality and accelerating climate change. Similarly, US policy blocks the Northern Triangle countries from radically changing their options for social and economic development by negotiating strategic investment from China. China has major port and free trade zone interests in Panama, El Salvador and Costa Rica and remains interested in the proposed interoceanic canal in Nicaragua. So while Nicaragua’s example shows a clear way for its neighbours to address successfully the root causes of distress-driven migration, the dead hand of US intervention chokes off all practical, realistic, successful options for a better life for the impoverished majorities of El Salvador, Guatemala and Honduras.

Featured image: Social and economic development projects are the reasons behind minuscule rates of migration from Nicaragua, unlike its Central American neighbors.