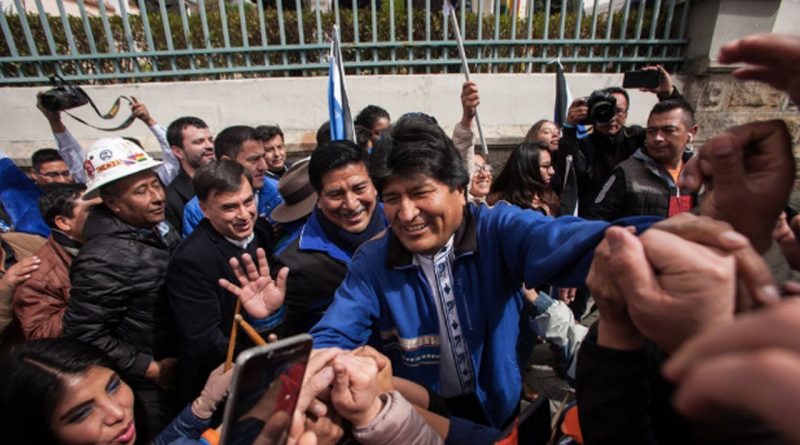 The president of the Plurinational State of Bolivia, Evo Morales, posted through his Twitter account a photo of his dog Ringo and informed that it always greets him when he arrives at the presidential residence very late at night.

While Argentina’s Mauricio Macri is struggling in keeping the economy afloat and his fellow citizens are criticising him for leaving office at 6pm in the middle of the crisis, Bolivia’s Evo Morales has improved the country’s economy and is the favorite for reelection in the coming presidential race and, with a socialist approach, works from 5 am until very late at night.

“My new friend Ringo always receives me when I arrive at the presidential residence very late at night. Definitely puppies are man’s best friends. Sometimes, he even accompanies us from five in the morning at our work meetings. He got used to it,” he said.

Ringo is a mongrel dog that was presented to the Bolivian president, after being rescued in a landslide that caused a housing collapse at the end of April of the current year in the areas of San Jorge Kantutani and Immaculate Conception of La Paz.