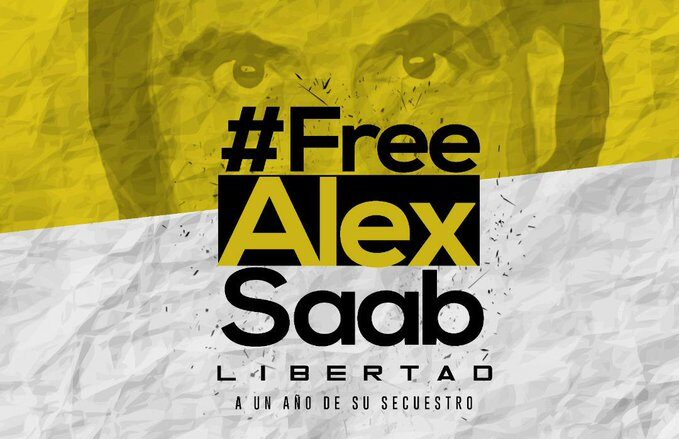 In 2019, when the United States Department of Treasury issued the individual “sanction”—a misnomer—against the Venezuelan businessman and diplomat Alex Saab, said “sanction” was “justified” by Washington because Saab was involved in negotiations and contracts of importation and distribution of food in Venezuela.

This measure was going to strike a blow to the Local Supply and Production Committees (CLAP) which have been crucial to contain the consequences of the US siege in the ambit of food supply in Venezuela.

Then, the US administration—the global police—proceeded to force the tiny African nation of Cape Verde to arrest Saab in 2020, in a process with endless irregularities, making it clear that the objective is political.

Despite a scenario of abuse and lack of assurance, multiple steps have been taken to secure the release of Saab. The diplomat even offered an interview to RT, where he denounced his arrest as an unprecedented judicial excess.

At the beginning of this month, the solidarity group for struggles against US interference policies, the Alliance for Global Justice (AfGJ), along with International Action Center and many other international solidarity organizations, launched an information sharing and signature collection campaign to support the request made to US President Joe Biden and Cape Verdean Prime Minister Ulisses Correia, to stop the illegal extradition process of Saab to the United States as demanded by Washington, and to release him so that he can return to Venezuela.

This campaign was joined, through digital platforms, by different organizations and users who demand freedom for Saab and condemn the outrageous criminal action by the US against Venezuela. More than 15 thousand signatures has been collected so far.

BEYOND ARREST: EXTRADITION
In these times of US interference and coercion through unilateral coercive measures, a series of events demonstrate the mismanagement of the Cape Verdean government in this case.

• Alex Saab had at the time of his arrest and still has diplomatic immunity, which exempts him from civil and criminal jurisdiction. This was ignored by Cape Verde while detaining Saab, generating a kind of fictitious legitimacy for the “sanctions” imposed by a US administrative body.
• The government of Cape Verde, to justify the arrest, claims to have received a red notice from Interpol. This has been exposed as an illegal maneuver by the United States, as the red notice was issue the day after Saab’s arrest, making the arrest itself illegal.
• In addition, the red notice was annulled; it cannot be found in Interpol’s online search engine. These missteps must be classified as shameful in the record of this international organization, because the Interpol regulations specifically prohibit the organization from engaging in political events.
• Given the torture that Saab suffered in prison and the deterioration of his health, a humanitarian measure of house arrest was requested, which was denied for several months until it was finally “granted” at the end of February 2021.
• The conditions of Saab’s “house arrest” have been questioned by activists, Saab’s relatives and his legal team. He has been denied visitors, and the house in which he lives is surrounded by commando police and even snipers on the roof. His personal doctor has not been able to visit him, nor were legal experts and other international personalities allowed to meet him. Even his relatives have had to wait for months to be allowed visits. His sister was permitted to see him a few weeks ago, just after the death of their parents from COVID-19 in April this year.

In the midst of this international intrigue, the United States formally requested Cape Verde to extradite Saab, under the justification that he is facing money laundering charges in its jurisdiction, disregarding the fact that according to Saab’s lawyers he has not touched US territory in 30 years. Hence, he is being prosecuted for allegedly breaking the law in a country of which he is not a citizen and which he has not visited in three decades.

Given the present context, the American Association of Jurists (AAJ) warned that the extradition would lead to serious structural consequences and lasting diplomatic harm to Cape Verde, as the Human Rights Committee (HRC) of the United Nations has ordered to stop the extradition of Saab to the United States, recognizing that the abduction of the Venezuelan diplomat represents a serious violation of international law.

In addition to the position of the HRC, it is pertinent to note that Cape Verde is part of the Economic Community of West African States (ECOWAS), a body that has a Court of Justice that ordered the immediate release of Saab and the termination of the extradition process on March 15, taking into account both the political background of this unprecedented case and the international implications that may follow. It is worth mentioning that the decision of the ECOWAS Court is legally binding on Cape Verde as it is a member of the African regional body.

However, pressure and threats from the United States towards Cape Verde have delayed and derailed due process.

Jorge Carlos Fonseca, president of Cape Verde, recently outlined his position on the issue in an interview to a Cape Verdean newspaper:

• He expressed that there is only one body in Cape Verde capable of enforcing, or not, the recommendations of the United Nations HRC on the Alex Saab case: the Judicial Branch of Cape Verde.
• A few days ago, President Fonseca met the Attorney General’s Office (PGR) to discuss the status of the case.
• He affirmed that he has the information that there have already been six applications for habeas corpus (a right that provides the guarantee of being able to appear immediately and publicly before a judge so that the judge can determine whether or not the arrest was in accordance with law and if it should be upheld or rejected).
• He assured that he will maintain his decision of not getting involved in the matter, since the acts of arrest, detention and release are materially within the jurisdiction of the Judiciary only.

This position clashes with the essence of the entire kidnapping episode of Saab, since from the beginning each action adopted against him has been political, following the guidelines of the police which is under the control of the executive branch. In fact, Nigerian lawyer Femi Falana, head of Saab’s legal defense team, advised President Fonseca to “follow what he preaches about the integration of West Africa,” alluding to the fact that the judgment of the ECOWAS Court ordering the release of Saab must be respected because it is binding for Cape Verde.

The Alex Saab case is another arbitrariness in the framework of extraterritorial aggression imposed by the United States against Venezuela. This is a politically motivated case, very similar in its essence to the cases of Julian Assange (Australia), Mumia Abu Jamal (USA), Mun Chol Myong (North Korea) and Meng Wanzhou (China).

Ordering the abduction and arrest of a Venezuelan diplomat in Cape Verde is not only another violation of the sovereignty of both that country and Venezuela, but also a message of pressure to any businessman, diplomat or political operator who wants to cooperate and trade with the Venezuelan State despite US sanctions.