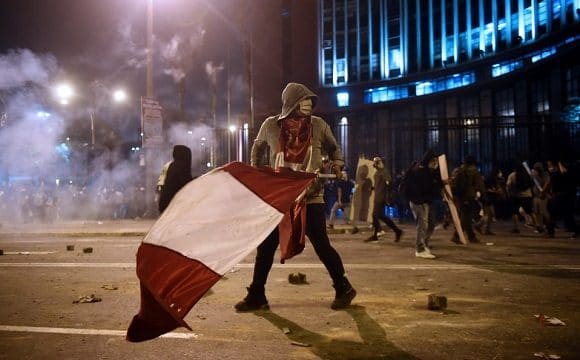 After the events that brought the MAS back to power and the reversal of the coup in Bolivia through the ballot box, it seemed that the Latin American electoral calendars would not hold equally important events.

However, each setting has its own relevant elections, and some of these contests will not wait.

The Ecuadorian election is just around the corner, with the possibility of unseating an executive who betrayed the colors of his political banner and has been criticized for his affiliation to the policies of the IMF and the right, to the detriment of regional integration and the people.

In addition, Lenín Moreno’s mandate was shaken by the death throes of a praised anti-corruption fight that served as a screen for judicial persecution for political purposes—the  lawfare  that has disabled Rafael Correa and damaged his credibility—and by the more than 14 thousand deaths left by COVID-19, according to official figures, because other media assert that they exceed 100 thousand.

Sixteen candidates are on the ballot, a dispersion that will be seen again in other presidential elections and that don’t offer a variety of models, although, as many comment, almost all candidates offer what the economic crisis exacerbated by the pandemic will not allow them to specify. Investment and employment seem unaffordable. In any case, the “magic” of a better life will be in the social policies that allow for the better distribution of scarce resources more equitably—of that, little is said.

The room for maneuver will be tight everywhere. According to CepaI , after a fall of 7.7 percent of the regional GDP last year—the worst decline in 12 decades—Latin America and the Caribbean will have a forward rebound of 3.7 this 2021, but it will only be “statistical.” We will have to wait until 2024 to recover the growth rates that began to decline in the 2014-2019 six-year period. For now, any stability will be determined by the vagaries of the coronavirus.

In Ecuador, these evils go hand in hand with a performance that once again unloaded on the shoulders of the people a loan of more than $6 billion “granted” with its usual conditions by the IMF and that, even in the end of the mandate, continues to aim for privatization and has cost the executive many protests.

Faced with the uncertainty from which, according to surveys by the firm Cedatos, only a little more than six percent of those consulted were spared—only that percentage estimated in September that Ecuador was “on the right track”—the inclination of voters favors mainly three candidates:

Guillermo Lasso, for the conservative and rancid right that was born from the alliance of the CREO Movement and the Christian Social Party, a symbol of the party so recently rejected in Ecuador;

Yaku Pérez, from the indigenous Pachakutik, and;

Andrés Arauz, the correísmo candidate who, after overcoming many tricks aimed at keeping him off the ballot, is finally running for the Union for Hope.

The polls present Arauz, for now, ahead, although in the midst of the atomized panorama of so many applicants he does not exceed 30 percent of the preferences. However, in Ecuador it only takes 40 percent of votes and 10 percentage points of difference from the closest rival to win in the first round.

The possibility of a second round in Peru seems more certain, where they will go to the polls in April following the political upheaval that meant the succession of three “appointed” presidents during the length of a single presidential term: Pedro Pablo Kuczynski, elected in 2016, who would have finished his term now but was removed by a corruption scandal in March 2018.

He was replaced, as dictated by the Constitution, by his Vice President Martín Vizcarra. However, shady and irresponsible moves in Congress removed him from power through a vacancy motion for “permanent moral incapacity,” linked to alleged corrupt acts.

In less than a week Vizcarra was replaced by Manuel Merino, and then Merino was replaced by Francisco Sagasti after mass protests resulted in Merino repressing the citizenry who demanded the Congress to not remove Vizcarra, and also have some consideration for the legislative code of the nation.

Such antecedents, which have parallels in episodes of instability and allegations of corruption—recall the 25 years in prison dictated against Alberto Fujimori—explain the very low confidence of the population in traditional politics and demonstrate why, among 12 listed, the preferred candidate so far is a former soccer player.

Just as the ultra-reactionary ex-military officer Jair Bolsonaro was perceived, at the time, in Brazil, now, in Peru, George Forsyth could be assumed as an outsider who arrives fresh and detached from the political scaffolding.

But Forsyth’s support of 23 percent of poll respondents in September has been falling as Julio Guzmán, of the Purple Party, follows in his footsteps, with a good profile thanks to the interim leadership of Sagasti, also “purple.” Behind them there is a row of new faces, and some  familiar faces, young but careworn faces, like Keiko Fujimori of Fuerza Perú.

In any case, what should mark the elections is the intransigent stance of a citizenry that removed Merino from the presidency in November. There has been awareness and below it was proven that “there is a fist.” But that power will only be evident now if the non-conforming identify, among the range of candidates, with one who defends their wishes.

More agitated is the preamble in Chile, which in 2019 and 2020 showed, as never in recent decades, the combativeness of broad sectors dissatisfied with the Pinochet heritage.

The outgoing president, Sebastián Piñera, has not paid the fiddler yet, thanks to his sagacity navigating the tide and his declared support for a referendum that was his lifeline, from which the possibility of a new Constitution emerged.

That is why this year the polls are opened several times in Chile. In November there will be the presidential elections, but as important as this will be the election, in April, of those in charge of drafting the Constitution, an event that advances the need to form alliances that forge unity: both the rightists and oligarchs who want a decaffeinated text leaving everything as it is, and of those who have understood, in their struggles in the streets, that the underlying cause is still the same and that nothing will be able to progress if the legal basis on which the first and most “successful” example of neoliberalism imposed in Latin America is not transformed.

So much struggling and more than a score of dead and some 2 thousand wounded—above all, young people who were shot in the eyes by the police—has opened up the vision of Chileans.

Among the names that are already emerging from the progressive movement is Daniel Jadue, of the Communist Party. His performance as mayor of the Santiago commune of Recoleta reveals a firm personality concerned about ordinary people.

It will also weigh as a precedent, the performance of the leftist, although heterogeneous Frente Amplio in 2017, with a creditable and unprecedented third place that placed it on the political scene.

In any case, there are already familiar names from the right, such as that of the conservative Joaquín Lavín, for whom it would be the third time in the presidential race.

In addition, the Chilean electoral schedule is crowded with elections for mayors and councilors, governors, senators and deputies.

November will also present the presidential elections in Nicaragua (on the 7th) and Honduras (on the 28th).

In Nicaragua, even the media allied with imperialism believe that the leadership of the Sandinista Front will be consolidated, considered by Washington as another “enemy” to defeat along with Cuba and Venezuela, so it must wait from the North for new aggressive stratagems.

In Honduras it remains to be seen whether or not the allegations of fraud that clouded the 2017 elections are repeated when, once again, the LIBRE Party (Libertad y Refundación), born of popular resistance to the coup that deposed Manuel Zelaya in 2009, contended that the victory was stolen from them.

As in the past, the Liberal and National parties compete—good cronies who alternate until Liberal became an important group of the royal opposition—and 11 other groups that nobody counts on.

The table is completed by the legislative acts of El Salvador (February 28), Bolivia (March 7), Mexico (June 6) and Argentina (October 24): almost all countries where they’ve tried to take paths different from the dominant neoliberalism, and whose executives need related parliaments to be able to direct them.

Featured image:  Models in crisis have unleashed ungovernability in countries such as Peru, Chile and Ecuador, which on February 7 opens the round of elections in Latin America. Photo: AFP.