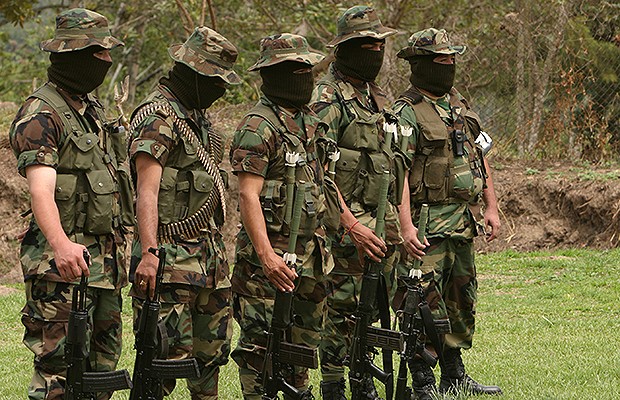 They will be cannon fodder in battles against the forces of their own country. They will be the first line of an irregular army also formed by Colombian paramilitaries, common criminals and Venezuelan mercenaries of various nationalities. Such is the role that the defectors of the Bolivarian National Armed Forces and of the Venezuelan police forces are called upon to fulfill in the new stage of the international attack against the constitutional Government of Venezuela.

Some of the Venezuelan military and police officers who deserted in the middle of the psychological operation on February 23 have sent messages to their former companions in arms so they also can join the US strategy. Reading them you understand that there is good pay and that from the Colombian side they have received them with open arms.

The payments for desertion have been estimated in thousands, tens or hundreds of thousands of dollars, according to the rank of the traitor, which has been a huge attraction, together with the prospect of forgiveness of any sin that the deserter committed or commits.

RELATED CONTENT: What Did Elliott Abrams Have to Do With the El Mozote Massacre?

But it is obvious that they are not gracious gifts from the international coalition that tries to overthrow the government of President Nicolás Maduro. It is, rather, a kind of retainer for those who will form the first cells of a paramilitary army that will have the mission of confronting the FANB (Army) and the Venezuelan security forces in an eventual escalation of the war.

It is enough to see who is in charge of the direction of the operations of the United States to evaluate their actions, after the fiasco of the humanitarian aid. If you only think of the “special envoy” Elliott Abrams, you must immediately imagine the most diabolical scenarios of the dirty war.

This sinister character was a key player in the organization of death squads in Guatemala and El Salvador and the army of mercenaries known as the Contras in Nicaragua, in which a triangulation was also carried out with arms and drug trafficking. How odd is it that Abrams is working on a similar project for Venezuela, especially if one considers that it has the backing of the Colombian political class, in which para-militarism and drug trafficking are essential elements?

RELATED CONTENT: Elliott Abrams Lied Again to the US Congress

It is quite possible that the senior officers who have defected are already fully in tune with these machinations. But those of medium and low rank, the technical officers and the soldiers and policemen may not have much idea of ​​the work that awaits them.

Some, even, may have believed that the payment and the warm welcome were rewards just for the fact of defecting. However, as happens to those who are linked to criminal organizations, it is not easy to abandon them after a stage of courtship and honeymoon. The counter-revolution will now demand that they do the work they know how to do, such as the military or the police, and that includes providing intelligence and, actually participating in a real war, facing the regular forces of their own country.

Also, according to the usages and customs of the paramilitary groups, they will have to perpetrate attacks against civilian targets and terrorist actions. Are you willing to go this far? And what those who are not willing, do?