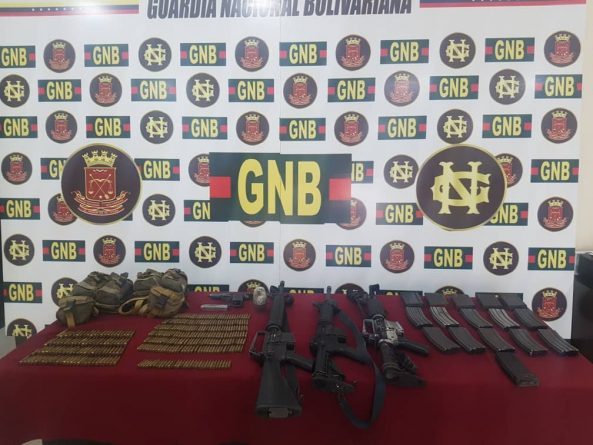 On Monday, March 3, the Bolivarian National Guard seized an arsenal of weapons in the town of Tumeremo, Bolívar state, comprised of rifles, ammunition of long and short weapons and cartridges.

The border area, remember, has been besieged by violence in recent months, product of political and territorial tension between the Brazilian army and the civilian population.

RELATED CONTENT: Jorge Arreaza – UN Security Council: How in the House of the Multilateralism is it Not Possible to Prevent the Rule of Unilateralism and US Dictatorship? (VIDEO)

The information was disseminated through the social networks of the GNB.