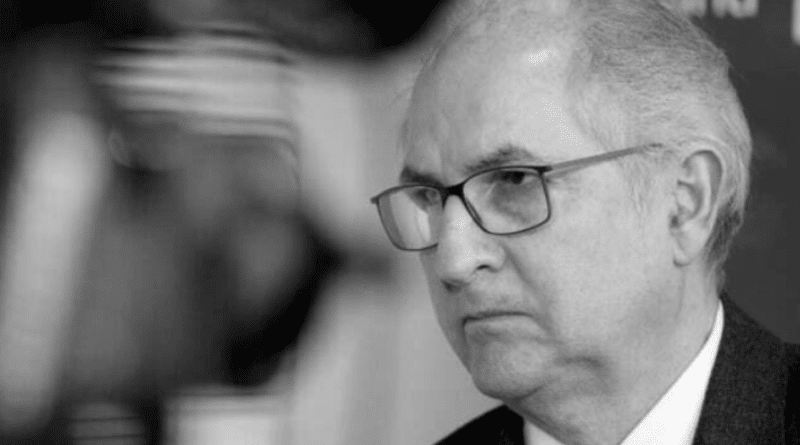 Venezuelan opposition figure Antonio Ledezma disqualified a possible dialogue between the extreme right-wing and the Bolivarian Government and stated that if former deputy Juan Guaidó sits at the negotiation table with the government, ”he will be putting up his own tombstone.”

The dissident member of the Democratic Action (AD) party made this comment in an interview with El Nacional, which was disseminated by various media outlets and news agencies. Ledezma also assured that ”Guaidó was entrusted with a mission he has not achieved.”

In his opinion, although the Venezuelan opposition has enough strength to confront the legitimate government of President Nicolás Maduro, Ledezma admits that the counterrevolutionary leadership has wasted a lot of opportunities.

He pointed out, for example, the five-year period when an opposition leadership held the National Assembly, referring to the 2015-2020 legislative period; during which the right-wing conspired against the government institutions and did not work on materializing a firm leadership within its corresponding responsibilities.

Ledezma added that ”it is enough to remember how time was wasted and how we did not take advantage of the majority we had in the National Assembly, with which we could have designated in 2016 the rectors of the National Electoral Council.”

Guaidó, the usurper
When asked about his opinion in regard to a case scenario in which Guaidó would not be able to achieve his objectives in an eventual dialogue with the government, Ledezma pointed out that “it will remain in the collective imagination as ‘the tun tun battle’ [alluding to a popular song of yore], because of that ‘one step forward one step back’ approach. Guaidó must internalize that he is the interim president.”

It is necessary to recall that in mid-May, former deputy Juan Guaidó drastically changed his ”ultimatum” policy against President Nicolás Maduro. Since then, he has manifested a supposed intention of undergoing a process of ”dialogue” with the legitimate government.

”If Guaidó turns on his former position and recognizes Maduro as the president of Venezuela, then Guaidó will become the usurper of an interim office; it is that simple,” emphasized far-right leader Antonio Ledezma.