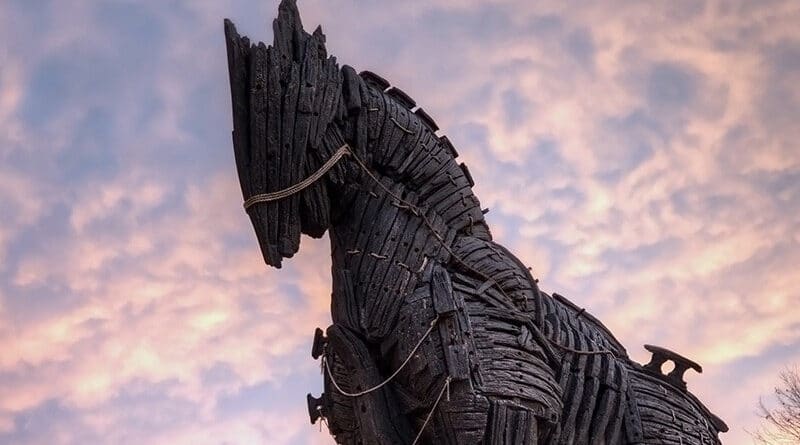 “The pure socialists’ ideological anticipations remain untainted by existing practice. They do not explain how the manifold functions of a revolutionary society would be organized, how external attack and internal sabotage would be thwarted, how bureaucracy would be avoided, scarce resources allocated, policy differences settled, priorities set, and production and distribution conducted. Instead, they offer vague statements about how the workers themselves will directly own and control the means of production and will arrive at their own solutions through creative struggle. No surprise then that the pure socialists support every revolution except the ones that succeed.”

Michael Parenti wrote these words in his 1997 classic, Blackshirts and Reds. Writing half a decade after the overthrow of socialism in the USSR and Eastern Europe, Parenti examined the relationship between reactionary ideologies, especially fascism, and capitalism. Along the way, he discussed the role that anti-communism played – and continues to play – within the political left, helping to destroy the socialist movement by undermining unity and militancy, and weakening it ideologically and organizationally.

In the mainstream, left anti-communism is typically depicted as part of narrow sectarian debates over historical minutiae among groups on the political left, involving Leninists, Trotskyists, Maoists, anarchists and “independent” Marxist academics. In truth, however, left anti-communism affects the whole working class movement and it is something trade unionists and progressives confront on a constant basis. It tends to emanate from petty-bourgeois intellectuals – who are not always academics – distanced from the cut and thrust of class struggle and projecting a seemingly radical politics based on idealism rather than material conditions.

In the present circumstances – when the balance of class forces heavily favours capital, and labour is generally fighting a defensive battle (albeit one with increasingly militant sparks) – the appeal of “pure” ideologies, which pretend to provide clear and rapid paths forward through the frustrations and disappointments we face, is unsurprising. But such politics are not rooted in workers’ real conditions; instead, they are an abstraction from reality which try to cultivate a “revolutionary zeal” based on idealized programs and tactics that are unencumbered by the myriad of contradictory developments with which the immense, coordinated power of capital constantly confronts us.

So, while left anti-communists will tsk-tsk about the “betrayals” of “Stalinist” parties who support broad popular fronts against fascism, history shows that those strategies have been absolutely necessary to defeating the scourges of Nazism in Germany, the Estado Novo in Portugal, Francoism in Spain, Pinochet in Chile, Somocismo in Nicaragua, apartheid in South Africa, and others. Far from betrayal, eliminating those regimes was a crucial and undeniable step in the fight for socialism in each of those countries.

Rather than simplistic and illusory strategies based on “pure socialism,” the working class desperately needs to engage, apply, evaluate and clarify concrete strategies for advancing the class struggle at both the point of production (the “shop floor”) and in the political arena.

This constant process is necessary for building and deepening the class struggle. If misery and suffering led mechanically and immediately to political consciousness, we would see many more revolutions in many more countries. But the reality is that, while the actual conditions of life for workers under capitalism definitely create the conditions to challenge and overcome illusions about the ever-expanding ability of capitalism to deliver the goods, misery alone cannot produce the mass class and political consciousness necessary for the revolutionary struggle to overthrow capitalism and build socialism.

RELATED CONTENT: Decolonization and Socialist Revolution are the Ways Forward

For this, we have to commit ourselves to the “concrete analysis of concrete conditions,” a vigorous endeavour that requires us to repeatedly examine the ever-changing situation in a given struggle, identify the key contradictions in any given moment and formulate tactics capable of uniting the largest number of people in action. Here, typically, left anti-communists denounce such tactics as “Stalinist reformism” that diverts the working class from its direct path to revolution. While it is true that reformism – which identifies the interests of the working class with capitalism and views the state as an impartial authority – is a class collaborative ideology that must be opposed, the struggle for reforms is integral to the revolutionary transformation of society. As the Communist Party program puts it, “The struggle for reforms helps the working class to gain confidence and experience, to strengthen their unity and organization, to deepen their class consciousness, and to shift the balance of class forces in society in their favour.”

It means, in short, that the complicated struggle for social change can require difficult decisions. Norman Bethune, pioneer of socialized medicine and member of the Communist Party of Canada, compared the process of revolution to that of birth – beautiful and ugly, magnificent and agonizing, sublime and messy. Class struggle is not a tidy process made from a neat recipe found in a textbook or Wikipedia page.

And this reality is precisely what left anti-communism obscures and diminishes. Rather than recognize that the real struggles of workers and oppressed people are a dynamic process which require sifting through all the factors to focus on the central issues, and in which immediate objectives and tactics can often change, sometimes from day to day, anti-communist leftists peddle the illusion of an ideal that can be willed into existence against the imperfections and frustrations of the real world.

In this process, left anti-communists sow both disillusionment with the struggle for immediate reforms (“this isn’t radical enough!”) and conceal the path forward to revolutionary change (“nothing less than purity and perfection now!”) To return to Bethune’s analogy, there are no labour pains…but neither is there the possibility of birthing a new society.

Radical political sentiments are a common reaction to the failures of social democracy and reformism. Faced with deeply embedded opportunism, business unionism and electoralism, it is completely understandable that people would want to “sweep it all away” and replace it. But the key question is, “replace it with what?”

For the anti-communist left, the answer is to replace it with super-revolutionary rhetoric punctuated with visions of an imagined world in which there are no difficult decisions, no nuance and, certainly, no communists. Ironically, in sweeping away all of the realities of class struggle and revolutionary work, the anti-communist left is invariably left with reformism itself.

Current experience shows quite clearly that anti-communist “super-revolutionary” movements can spring up quickly and dramatically – think of Syriza in Greece or Podemos in Spain. But that same experience shows equally clearly that those movements’ theoretical detachment from the real struggle – illustrated by their invariable rejection of the history of real, existing socialism – lead them very quickly into backing capitalism and liquidating the class struggle to which they had given eloquent lip service.

Left anti-communism is nothing less than a capitalist tool being used by elements of the workers’ movement against the working class itself. It should be no surprise that such an action is only ever to the benefit of capitalism.

Dave McKee is a member of the Communist Party’s Central Executive Committee and is editor of People’s Voice.