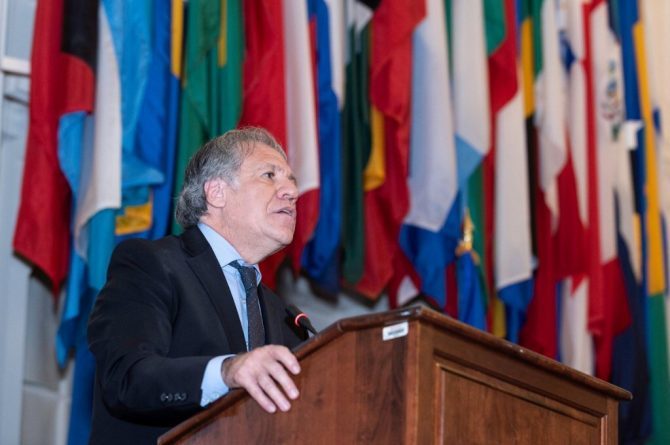 The Secretary General of the Organization of American States (OAS), Luis Almagro, on Friday launched an offensive against Cuba, saying that “it is time” to draw the veil of the international community on “the oldest dictatorship” in America.

Almagro inaugurated an initiative to “speak openly, without fear, about crimes against humanity in Cuba” by opening a conference at the OAS headquarters in Washington on the situation of human rights on the island, which he said will be the first of a series of meetings planned next year on the subject.

The OAS leader asked to take into account the “violence that expands the Cuban dictatorship” in countries of the region such as Venezuela and Nicaragua.

Almagro estimated that at least 46,000 Cubans are in Venezuela, “an occupation force that teaches to torture, repress and intelligence tasks.” He also mentioned allegations of torture by Cubans in testimonies of opponents of Daniel Ortega’s government in Nicaragua.

“It is not normal, the same fear that Cuba causes and that it uses to intimidate its own people uses it to act in the international community,” emphasized the secretary general.

The OAS, which groups the 35 countries of the continent, is governed by the Inter-American Democratic Charter, approved in 2001 with the purpose of strengthening and preserving democratic institutions.

“It is time to raise awareness of the reality of the oldest dictatorship in the hemisphere, it is time to start work from the OAS, making clear the illegitimacy of a dictatorship,” added the diplomat.