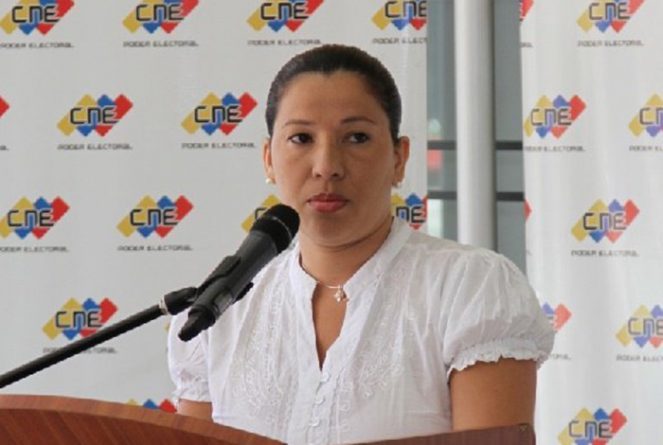 The main chair of the National Electoral Council, Tania D’Amelio, confirmed on Saturday that the process to elect municipal councils this Sunday, December 9, is shielded with the participation of political organizations and certifications of audits.

D’Amelio during an interview on the channel of the Venezuelan State “Venezolana de Television” (VTV), said that among the elements that are part of shielding the process, highlights the 15 audits where all political parties participate.

She pointed out that the Venezuelan process is the most auditable in the world, which gives security to voters when it comes to voting. She also noted that the number of candidates for the municipal councils, only 2,459 will be elected aldermen and alderwomen.

The chair also indicated that the Electoral Power published the list of substitutions and new candidacies for the Municipal Council elections, which can be reviewed on the CNE’s website: www.cne.gob.ve.

D ‘Amelio added that substitutions can be verified in the section called “electoral offer”. Once inside, you must select the federal entity, municipality and parish of interest to know the list of substitutions and new candidates.

She recalled that in 8 states of the country there is the option to vote for indigenous organizations as well as the option of selecting the whole political party roster in order to streamline or make easier the electoral process for the voters.

D ‘Amelio emphasized that the national observers participated in the various audit processes carried out by the CNE as guarantors of transparency in the process.

Among the national organizations it includes Social Project, Assembly of Education and Foundation for a People Worthy who will closely follow the electoral process with the deployment of more than 600 observers each, throughout the Venezuelan territory.

On the other hand, the chair recalled that the Council of Electoral Experts of Latin America (Ceela), constituted by former presidents of international electoral bodies, also accompany this event.

“We gave the political organizations the opportunity to invite international chaperones and we duly accredited them,” commented the high official of the Electoral Power.