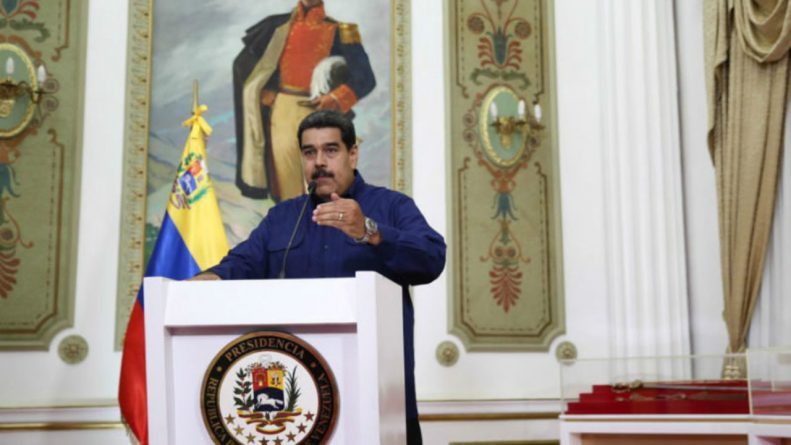 The Venezuelan President indicated that the attacks against the electric system in the country were made through three phases.

The President of Venezuela, Nicolás Maduro, today described the electrical sabotage perpetrated last Thursday, March 7, as the most cruel attack in the history of the South American country, during a televised address to the Venezuelan people.

From Miraflores Palace (headquarters of the government), the Head of State explained all the steps for the reinstatement carried out by the officials and workers of the National Electric Corporation (Corpolec) responding to the cybernetic attack against the Venezuelan Electric System.

In this regard, the President explained that the first attack was made to the technology area of the Simón Bolívar hydroelectric plant (Guri), which supplies electricity for 80 percent of the nation. But also to other important electric stations and to the brain of the system based in Caracas.

Maduro, emphasized that after 70 percent of the service in the capital was restored, terrorists paid by the opposition and the US government physically attacked (in the early hours of Monday) the La Ciudadela substation, located in the Baruta municipality, Miranda state (Caracas), to shut down Caracas again. But the government managed to restore the service in record time, less than 20 minutes.

Faced with the reiterated situation of destabilization, the dignitary ordered the Bolivarian National Armed Forces (FANB) to monitor the territory to guarantee the safety of the citizens and to keep the peace after recognizing the heroic attitude of the Venezuelan people that did not fall into the trap promoted by the right wingers of promoting violence or a military revolt.

He went on to explain that the three phases of attacks came about as follows:

The President denounced the sabotage as “a great violation of human rights in our country by the right wing, who celebrate and enjoy the national suffering.” He also announced that Tuesday and Wednesday were decreed as non working days and school activities were also suspended in order to guarantee conditions of a normal environment for the population while the system is being stabilized.