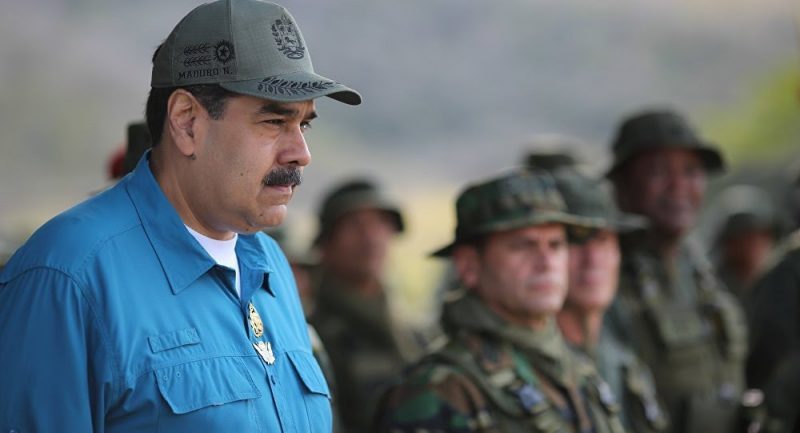 The president of Venezuela, Nicolás Maduro, announced that, ahead of  Colombia’s war plans, his country should adjust the military deployment on the border.

“A special plan of permanent deployment and adaptation have to be implemented right now, how we deploy in the western and Andean region to well defend our border against the provocations of Colombia, we need a new force to defend that border, to monitor our border very well , and to make it invulnerable,” said the president in a national broadcast.

The Venezuelan president declared that Colombia has war plans against his country, during a message broadcast on national television in which he gave an account of the military-civic exercise called Bicentenario de Angostura 2019, which took place between February 10 and 15.

“On our part towards Colombia, our plans are for peace, respect, I can not say the same about the government of Iván Duque (president of Colombia) who has war plans against Venezuela,” he said.

“They want to throw Venezuela into civil war and then loot it.”

The president pointed out that Duque acts with the support of the president of the United States, Donald Trump, and in that sense he urged the armed forces and civilians to stay alert.

“It is my duty to advise you of this new deployment plan of our popular and military forces to guarantee a safe and peaceful border, we must be well deployed to defend our land,” added the president.

In addition, the head of state said that a war on electric power is underway, which aims to generate destabilization in the country.

The Venezuelan president referred to the blackouts that have been registered throughout the country in recent days, and stressed the speed with which the service has been restored.

In addition, he reported that there are daily attacks on the electrical system and asked the armed forces to guarantee the functioning of the services in any circumstance of “war or peace”.