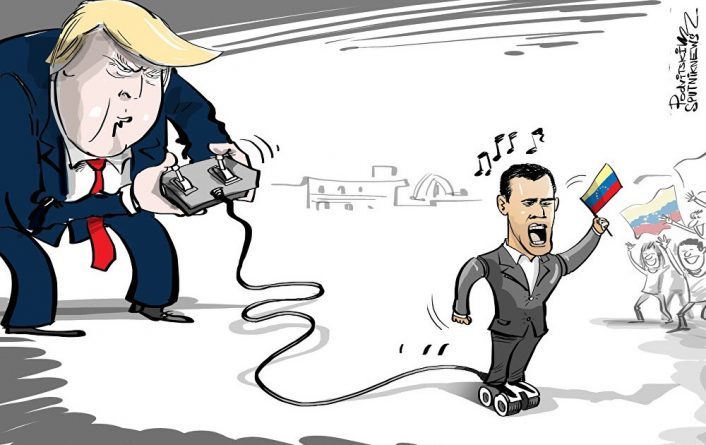 The opposition leader and self-proclaimed “president in charge” of Venezuela Juan Guaidó repeats again and again to the media that he pretends the “cessation of usurpation, a government of transition and free elections.”

According to the US newspaper, The Wall Street Journal, Guaidó’s decision to proclaim himself was a “surprise” for some within his own ranks, something that was confirmed by the two-time opposition presidential candidate, Henrique Capriles Radonski.

Although the vast majority of the opposition, inside and outside the National Assembly, in the end have shown support for Guaidó, internal differences are now beginning to become visible, in terms of what they call a “post-transition period.”

Lilian Tintori, wife of the opposition Leopoldo López, sentenced to house arrest for violent acts in 2014, said in an interview that her partner will surely be a candidate when the elections are called. The father of the same leader went further: he considered that Juan Guaidó, who is part of the Partido Voluntad Popular created by his son, should not run for an eventual election.

Capriles recently affirmed that it was his tour of the country that made the opposition win the National Assembly in 2015, today the engine of the efforts against President Maduro. The denial was the former coordinator of the opposition coalition, Jesus Chuo Torrealba, who replied that this was not true and said that you could “change your mind, but not history.” The question must be asked then, will Henrique Capriles be looking for a third candidacy?

You have to see, in addition, if there is any other aspiration of the precandidates of always. Like María Corina Machado, for example, who since October 2018 had warned that “she did not want to be the leader of the so-called transition, but the first president” after her; Julio Borges, who today represents Guaidó before the so-called Grupo de Lima, but was measured in 2004 in primaries; or Antonio Ledezma, who resides in Europe, who in January 2018 showed his desire to be a candidate, yes, but when Maduro left office.

Whether or not there are aspirations within the opposition ranks, spokesmen for the Government of the constitutional president of Venezuela, Nicolás Maduro, assure that the presidential elections were already held on May 20 last. They remember that he won the elections with more than 67% of the votes and reaffirm that he will govern until 2025, despite the efforts of his opponents to avoid it.