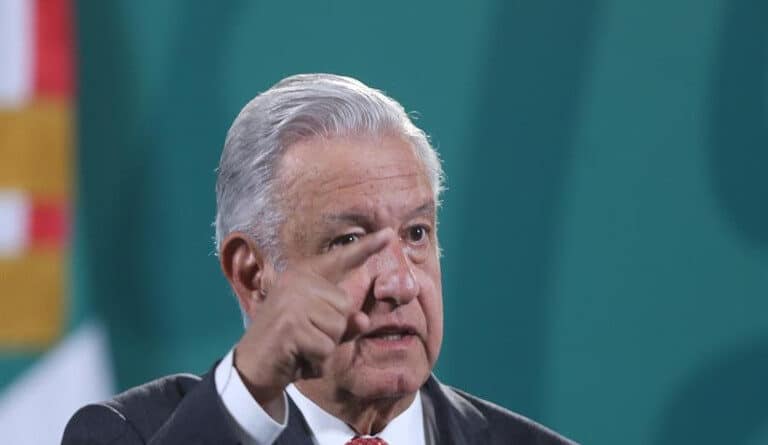 Mexican President Andrés Manuel López Obrador contradicted a ruling by the Federal Electoral Tribunal (TEPJF) of Mexico, and asserted that he is legally able to comment on the recall referendum planned for March 2022.

During his morning conference on Friday, November 5, López Obrador declared that, after consulting with his advisers, he is aware that he can urge people to take part in the upcoming referendum vote to remove him from power, without openly asking people to vote for him to remain in office.

“I am allowed to talk about the Mandate Revocation Referendum; however, without asking people to vote for me—that would be wrong and that is not my intention,” stated President López Obrador.

The Mexican Federal Electoral Tribunal ruled last week that no government instance can influence the vote in the Mandate Revocation Referendum planned for March 2022. In this regard, President López Obrador explained that the executive branch cannot inform or comment on the ongoing process.

Currently, the collection of signatures of those interested in having a recall referendum is going on. It started on Monday, November 1, and will continue until December 15. For the referendum to take place in March 2022, 3 million signatures have to be collected by the National Electoral Institute (INE).

AMLO took the opportunity to encourage his opponents to participate in the referendum process that will be held in the country for the first time. “You have to exercise your right to elect or remove the authorities,” he stressed during the morning conference.

“I call on all those who oppose my mandate to vote against me,” the president added, “because, in this way, we will all be exercising our rights and doing so peacefully.”

Finally, López Obrador concluded that, even if the referendum were not to achieve the participation of 40% of Mexico’s registered voters (around 37 million) to make it legally binding, if AMLO were to lose the referendum, he would still step down from the presidency.

Featured image: AMLO stated that he does not want controversy over the recall referendum issue, but asks for respect. Photo: EFE