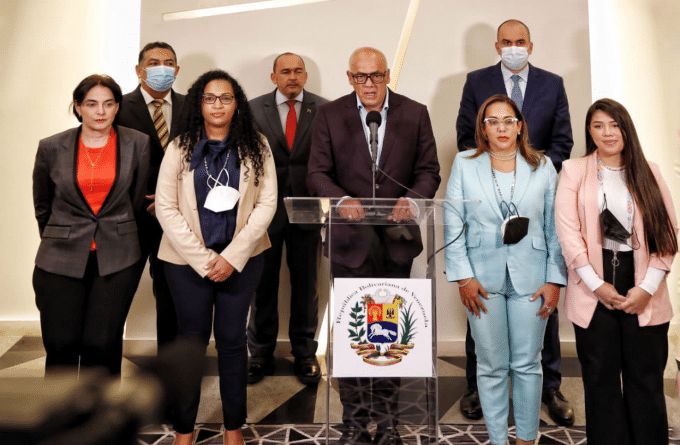 At night on Saturday, September 25, the head of the Venezuelan government delegation for the Mexico Talks, Jorge Rodríguez, reported that an impasse with the Kingdom of Norway has been overcome, after the representative of the facilitating team of that country, Dag Halvor Nylander, issued a statement assuring that Norway will maintain “strict impartiality.” Nylander also regretted the statements made by Norwegian Prime Minister Erna Solberg at the UN General Assembly.

Solberg, who recently lost elections in his country, stated in her speech at the 76th session of the United Nations General Assembly that “we have seen serious human rights violations in many parts of the world: in Venezuela,” among other countries.

In this regard, Rodríguez reported this Saturday night that “a situation arose that affected compliance with the guidelines already signed in the memorandum of understanding between the government of the Bolivarian Republic of Venezuela and the self-proclaimed Unitary Platform. Venezuela requested an explanation and clarification of the statements made in an speech [of Norway] in the United Nations General Assembly.”

RELATED CONTENT: Venezuelan Government Delegation Arrives in Mexico for Third Round of Dialogue

“These days we have been in constant contact with the head of the delegation of the self-proclaimed Unitary Platform [opposition], and also with the facilitating team of Norway, as well as with the representatives of Mexico, Russia and the Netherlands,” he added. “We were hopeful that this situation could be remedied in order to resume the process, which we have not interrupted.”

Rodríguez emphasized that the government has been in contact “with all the opposition in Venezuela.”

Norwegian facilitator regrets statement at UN
Just before Rodríguez’s speech, Dag Halvor Nylander, representative of the Norwegian mediation team, issued statements stating that the members of the Norwegian team “will maintain and demonstrate strict impartiality in their dealings with the parties, according to the established guidelines.”

“We regret that the recent statement in the UN (of Prime Minister Erna Solberg) may affect confidence in our role,” added Nylander. “It is essential to remark that this negotiation process is between Venezuelans themselves, without any undue interference.”

Nylander also indicated that tangible results have been achieved in the past rounds of the dialogue, and it is expected that important advances will be made in the coming days, which will benefit the Venezuelan people. 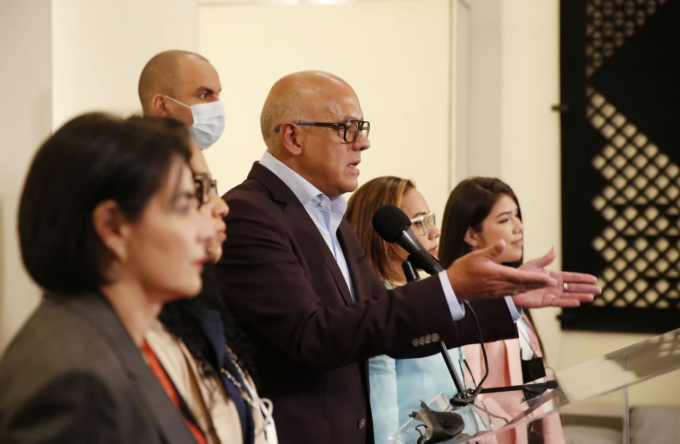 “With the statement just made by the representative of the facilitating team of the Kingdom of Norway, we consider the impasse to have been overcome,” declared Rodríguez, and added that the dialogue with the opposition will continue as planned.

Rodríguez also remarked that “we were surprised” by the statement issued on Friday by the opposition Unitary Platform, claiming that the Venezuelan government delegation would no longer attend the dialogue in Mexico. He explained that, minutes before the statement was issued, “I spoke with Dr. Gerardo Blyde, head of the Unitary Platform delegation, and with the Norwegian facilitation team,” and had indicated that, upon resolution of the impasse, they would continue with the dialogue.