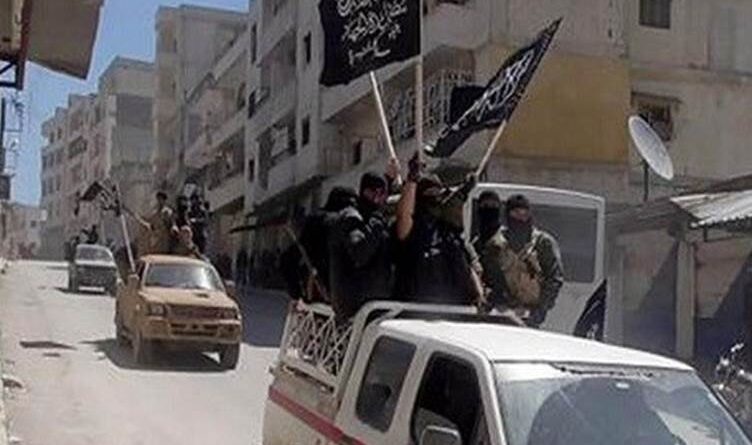 A report by Turkey’s Financial Crimes Investigation Board (MASAK) on the freezing of assets belonging to people linked to ISIS has revealed that for several years the most important supply chain of ISIS’s military arsenal was based in Turkey.

According to the report, millions of dollars in unmanned aerial vehicle (UAV) equipment and tons of improvised explosive devices (IED) were sent to ISIS through three construction companies in Mersin, a port city in southern Turkey.

Based on information provided by the National Intelligence Organization and published in March of 2021, the MASAK report shows that Altun İnci Construction Materials Industry and Trade Limited Company operating in Mersin played a vital role in the transfer of the military equipment and parts to ISIS from 2015 to the end of 2016.

The company was founded in 2014 by a Syrian-born Turkish citizen named İbrahim Hag Geneid, partnering with two other Syrian-born businessmen based in Mersin, Ghassan Nawai and Mustafa Naway.

Others involved in the scheme include Abu Naeema al-Turkistani, a citizen of the People’s Republic of China, and of Uighur origin, who reportedly ordered materials worth approximately $85,000 to a China-based company in 2015 to be used in the production of weapons.

Al-Turkistani and his wife, Chinese citizen Minawaer Maituersun, reportedly operate a unit responsible for the production of chemical weapons for ISIS.

The connection between ISIS and the Mersin-based company was made following a US airstrike on an ISIS base in late 2017, which killed three ISIS leaders: Abu Muadh Al-Tunusi, Abu Salman, and Sajid Farooq Babar.

Babar, in particular, was closely followed by MASAK due to his direct ties to Mersin and to shipments of military hardware stemming from China and which arrived in the Port of Mersin.

Orders for this hardware were reportedly placed by Mustafa Naway via the e-commerce platform Naway Group, which was founded in Aleppo, Syria, allegedly to import “hardware, small household appliances, stationery, and packaging.”

In 2011, the company opened an office in China, which allegedly remains operational.

Naway Group then opened a branch in Mersin in 2014 for imports to Syria via the port of Mersin. According to the report, orders could only be placed online or by phone. The numbers of these orders match the numbers revealed in the MASAK report.

Meanwhile, Al-Turkistani and his wife Maituersun are reportedly members of the Turkistan Islamic Party (TIP), which Turkey  supported as ‘moderate opposition’ in 2015.

The Uighur extremist organization, deemed a terrorist group by Beijing, sided with the Al-Nusra Front armed group during the 2015 conflicts in Idlib.

In 2020, the US government lifted the terrorist designation of the TIP, claiming there was “no credible evidence” that the organization still exists.