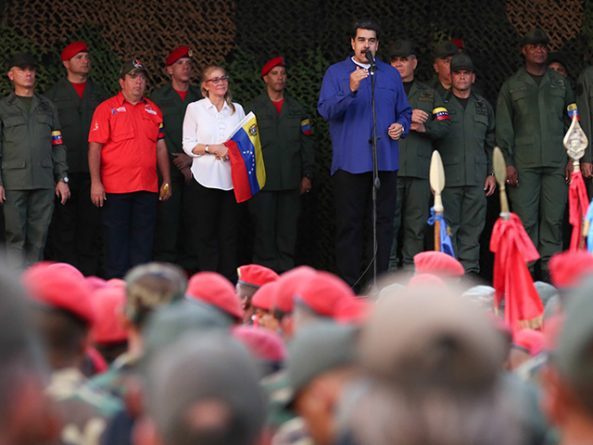 The President of the Republic, Nicolás Maduro, confirmed this Friday, May 17, that the revolutionary leaders Jorge Rodríguez and Héctor Rodríguez arrived with good news from Norway, a country they visited to represent the Venezuelan delegation with the opposition to build an agenda of peace in the country.

RELATED CONTENT: Negotiation Between Government and Opposition in Norway begun in Cuba

“Good news, they just arrived from Norway. And there the conversations took place. I want to thank the Government of Norway, who is supporting this whole peace effort. I believe in dialogue and I believe in peace. This is the umpteenth time that we have restarted the road and that is good news. Our delegation returned with good news. The talks to advance peace agreements have started well,” he said.

These statements by the head of state occurred during his intervention in the Military March together with the Superior General Staff of the Bolivarian National Armed Forces and all the military personnel stationed in the Comprehensive Defense Zone (Zodi) of Aragua.