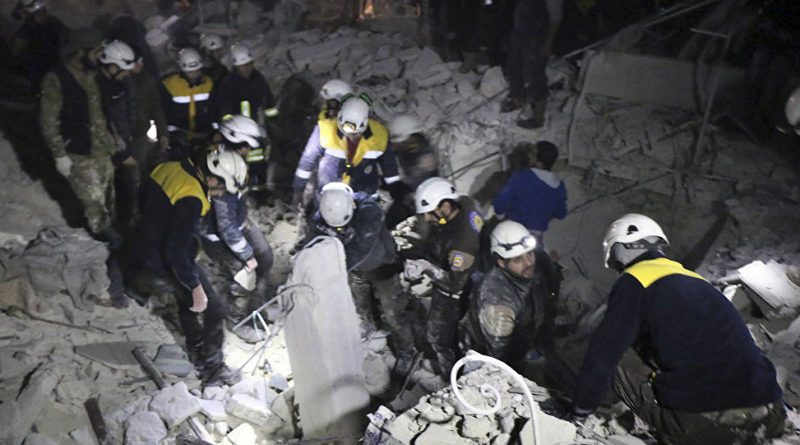 The comment comes in the aftermath of a statement by the UK Foreign Office’s Minister for the Middle East, Andrew Murrison, in which he claimed that the White Helmets was subjected to a massive disinformation campaign by Syria and Russia.

Instead of condemning the criticism of the White Helmets group by Moscow and Damascus, London should rather clarify whether the founder of this group, who is known to have previously served in the UK foreign intelligence, had links to al-Qaeda*, Russian Foreign Ministry spokeswoman Maria Zakharova said on Friday.

“Let us take a look at who created this structure … It is known for a fact that one of the White Helmets’ founders was James Le Mesurier. He is a former UK intelligence officer, specifically of MI6 [foreign intelligence service],” Zakharova said at a press briefing.

This coincidence is unlikely to be a random one, the spokeswoman noted.

“This man has been spotted in many conflicts worldwide, including in the Balkans and the Middle East … Moreover, a number of researchers point to the links of this former spy to terrorist organizations back when he worked in Kosovo. There is data suggesting that there were al-Qaeda members among his team there,” Zakharova continued.

Moscow would “very much want to hear what London has to say about these facts,” she added.

The White Helmets is a UK-registered non-governmental organization. They describe themselves as former bakers, tailors, engineers, pharmacists, painters, carpenters, students and workers of other professions who volunteered to go to the “most dangerous place on earth” and protect local civilians from violence.

The group enjoys wide publicity and support in the West but was accused by Damascus of propaganda and extremism. Russia considers the group’s activity an element of an informational campaign aimed at the vilification of the incumbent Syrian government. In particular, Moscow accused the White Helmets of staging a false-flag provocation in Syria that later gave grounds for the West to accuse Damascus of chemical attacks.