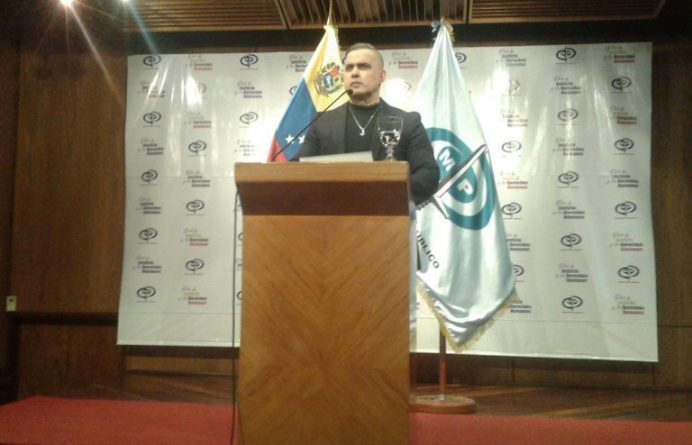 The Attorney General, Tarek William Saab, reported Tuesday that the number of officials prosecuted for corruption in oil industry reaches the record 100, “eight have been convicted and the vast majority accused in the process of being convicted definitively” .

During a press conference, he stressed that this reveals a systematic and permanent struggle to purify and make visible a new ethics in the oil industry, “of internal mafias that are still there, who believe they can have impunity, but it will not be like that” .

The Prosecutor stressed that three new cases are being worked in parallel, which will soon have results.

The areas with the highest number of cases are: Zulia with 718, Metropolitan Area of ​​Caracas with 602, Carabobo with 487 and Miranda with 446.

In addition to this, he informed that in order to strengthen the technical capabilities of all prosecutors and professionals in the field of Family, next year they will sign a Cooperation Agreement with the United Nations Children’s Fund (UNICEF).