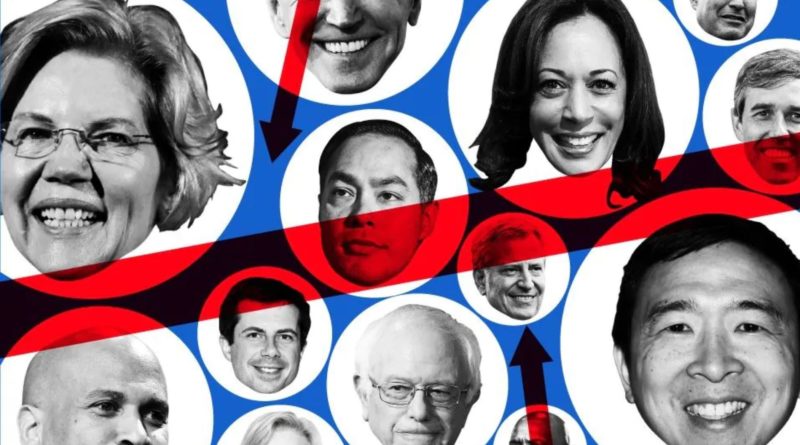 Bernie Sanders doesn’t have to parrot the racist state department accusations against the leaders of North Korea and China to win (or for any other reason, really). His call for diplomacy before war falls flat when he joins the CIA and media demonization campaigns against those countries. He was consistent, used the word working-class more than any candidate in recent history (that’s good) and he did very well. The army marches on!

Tom Steyer was to the left of Bernie on foreign policy and a few other points. He even called the U.S. the empire. Overall, all the candidates exhibited a very dangerous attitude of american exceptionalism that is the greatest impediment to world peace.

Elizabeth Warren faded and, like Biden, favored sloganeering and “can do” rhetoric over substance. She may not last much longer.

Honestly, Mayor Pete, polished and very well spoken, seems like pure evil to me with his devilish smiles. As a center-rightist he has a pretty decent shot, if he continues to do well in votes, at raising enough money from the billionaires to have a shot at winning. If he stays in, he will drift further and further to the right in his language, for sure.

Joe Biden is Trump with liberal trappings. I don’t know how all the chest thumping and shouting will help him. If people knew his actual political record of racism and war, the Trump-twin comparison would stick.

Andrew Yang seems well-intentioned, but his technocratic tweaks would barely skim the surface of the epochal crises of capitalism. In fact, we need much more than the Sanders program to solve our problems. The working-class needs power.

Amy Klobuchar is a less icky version of Hillary Clinton, who, like the rest of the field, has to say things that sound liberal on social policies because of Bernie. All those nice things she said about Republicans and warmongers are just gross.

No people of color. No genuine anti-war candidate. Think about that.

Tulsi Gabbard would have, undoubtedly, made the debate much more about endless war and war spending. Keeping her out of the debates makes sense for the democratic party as the party is thoroughly for U.S. empire.

Mike Bloomberg is the enemy. Literally. He should be barred from the election based on his attempt to buy his way in.