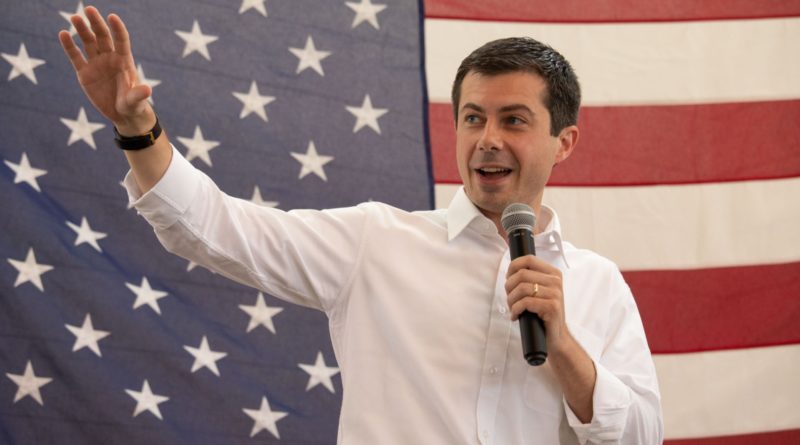 While Pete Buttigieg’s campaign denies online allegations that he was a CIA asset, military records reveal that Buttigieg was in a unit that worked with the Agency in Afghanistan.

After The Grayzone published an article about Pete Buttigieg’s roster of endorsements from CIA veterans and coup plotters, and another about his mysterious trip to Somaliland alongside a friend who now works for a US government regime change agency, Pete Buttigieg’s presidential campaign issued a public statement denying that he ever worked for the CIA.

“We hate to break the news to Twitter, but no, Pete was not in the CIA,” Chris Meagher, Buttigieg’s national press secretary, derisively told The Daily Beast, which directly referenced both Grayzone articles. “As for the Somaliland trip, it was not related to his work anywhere.”

The Daily Beast article appeared in response not only to factual reporting by The Grayzone, but to a wave of allegations spread online through hashtags like #CIAPete which accused Buttigieg of being a CIA asset.

Following the fiasco in Iowa, in which voting results were blocked thanks to faulty technology produced by a dark money outfit linked to Buttigieg – and Mayor Pete inexplicably took to himself the victor – the hashtag trended nationally.

Buttigieg getting ratio'd on every tweet he has put out since he proclaimed victory with 0% of precincts reporting. Not to mention #MayorCheat & #PeteTheCheat trending throughout the night pic.twitter.com/boFs9lFqVe

Neither article published by The Grayzone accused Buttigieg of working for the CIA. However, according to military documents that have gone mostly under the media’s radar, it does appear that the former mayor worked alongside the CIA while serving as a high-ranking Naval intelligence officer during his short stint in Afghanistan.

Moreover, the unit Buttigieg supervised was a subset of the Drug Enforcement Administration, the US agency responsible for the disastrous war on drugs that has spawned humanitarian catastrophes throughout Latin America and much of the world.

“We were working with everybody across the civilian spectrum in the intelligence community”
Early on in his military career, Buttigieg worked as an intelligence analyst at US European Command, where he “conduct[ed] research and analysis of information to create accurate, timely intelligence products in support of USEUCOM theater operations,” according to mostly redacted military records released under the Freedom of Information Act.

Under a section labelled “command employment and command achievements,” Buttigieg’s papers indicate that intelligence was provided to “USEUCOM, NATO, Deployed Units and other commands, including operations in Africa and the former Yugoslavia.”

Buttigieg would eventually return to EUCOM where he was promoted to team leader, supervising one officer and four intelligence analysts.

Two years into Buttigieg’s time as mayor, in 2014, he was called for duty again, this time to serve with the US Navy in Afghanistan.

I did not carry an assault weapon around a foreign country so I could come home and see them used to massacre my countrymen.

Contrary to Buttigieg’s portrayal of himself as a gun-toting, freedom-fighting soldier, he enjoyed an immediate high rank during deployment. Just one term into his term as mayor, Buttigieg “made sure my chain of command knew that I would rather go sooner than later, and would rather go to Afghanistan than anywhere else,” he wrote in his book.

Buttigieg was apparently shuttled over quickly, and left quickly.

Buttigieg spent his six months in Afghanistan in 2014 with a little-known unit that operated under the watch of the Drug Enforcement Administration. It was the Afghanistan Threat Finance Cell (ATFC), according to his appointment papers. The job description in his discharge papers is blank.

Pete Definitely-Not-A-CIA-Agent Buttigieg has in his living room a huge map of the natural resources and minerals in Afghanistan, a country he helped militarily occupy (which has trillions of dollars worth of minerals, by the way)

Extremely normal thing to have in your house https://t.co/0ScyPk8ti6

Founded by US Central Command leader-turned-CIA chief Gen. David Patreaus, the unit was credited with the destruction of Kabul Bank, the first private bank founded in Afghanistan after the US invasion. ATFC reportedly exposed the financial institution as a giant “ponzi scheme.”

Mayor Pete would join this now illustrious outfit as an “Officer in Charge.” In a 2016 interview with the Harvard Crimson, Buttigieg described himself as an ATFC Liaison Officer to the Combined Joint Interagency Task Force.

ATFC’s primary task was to bust up the Taliban drug trade with the help of law enforcement and intelligence agencies. In Buttigieg’s papers, the ATFC is said to “identify and disrupt Taliban, Al-Qaeda and other insurgent financial/material support networks in Afghanistan by bringing to bear on these groups the full spectrum of interagency and government tools and authorities.”

While official records linking the ATFC to the CIA do not appear widely in available government documents, their collaboration is an open secret. One early report by the Association of Former Intelligence Officers, an advocacy organization for the US intelligence community, noted “the cell has about two-dozen members drawn from the Drug Enforcement Administration, US Central Command, the Treasury Department and the CIA. The FBI is expected to join soon.”

In a 2019 interview with Newsweek, Buttigieg said “we were working with everybody across the civilian spectrum in the intelligence community.” Newsweek listed those agencies as the CIA, the NSA and Defense Intelligence Agency.

The insider: How national security mandarins groomed Pete Buttigieg and managed his future@MaxBlumenthal explores how a network of military interventionists placed Buttigieg on the fast track to power well before he was known as "Mayor Pete"https://t.co/ZCXlS7Pkik

At the ATFC, Buttigieg “oversaw the analysis and operations conducted from ATFC Kabul HQ.” He also “coordinated intelligence sharing and targeting deconfliction with multiple organizations and represented ATFC at high level briefings.”

The program was not exactly a smashing success, however. During the year of Buttigieg’s deployment in Afghanistan, the United Nations found that opium production skyrocketed and that “Afghanistan produces some 90 percent of the world’s illicit opiates.”

While Mayor Pete Buttigieg waxes humble about his Midwestern upbringing and touts his outsider story, his work alongside the CIA and DEA halfway around the world was an unusual task that helped set the stage for his rise to national prominence.