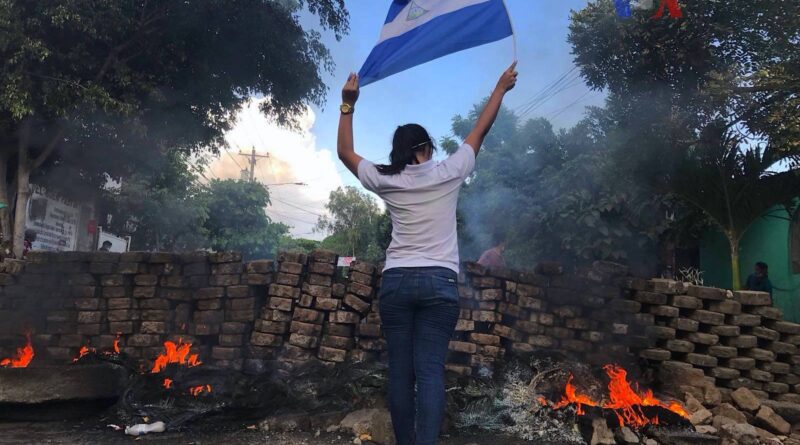 In recent days, Nicaragua has been the object of arbitrary interference actions by the United States and the European Parliament in applying new political and economic sanctions, manifesting a false “concern” for the Nicaraguan government’s proposal of some bills, where – according to these Western organizations and governments – the intention is to “censor freedom of expression” and “limit international cooperation”.

Faced with this new interferenceist position, it is essential to make the following observations:

1. Both the Special Law on Cyber-Crime and the Law on the Regulation of Foreign Agents, presented by the Sandinista side of the National Assembly, represent two legal instruments in favor of strengthening Nicaragua’s National Strategy for Sovereign Defense and National Security.

2. In the face of the development of new communication and information technologies, it has been widely demonstrated that sovereignty and information systems of States are so fragile and exposed to any cyber-attack and dissemination of false news on social networks, that they threaten not only the stability and security of States but also that of their own citizens.

The same States of the European Union and the United States have found themselves in such circumstances to the point of having to adopt legal and institutional defense mechanisms for such purposes, that it is therefore ironic and absurd that sanctions are imposed on Nicaragua for similar measures that they themselves have adopted within their national legal systems.

3. Cybersecurity is a matter of “shared responsibility” that falls not only to governments, but also to the social organizations and citizens that make up the territory of a state. The Law on Cybercrime or Cybersecurity rationalizes and raises awareness of responsible behavior among citizens by reflecting on the impact of generating and sharing false news, and urges them to investigate the source or origin of the information they intend to disseminate and be aware of the effect their action may have on the integrity of others or themselves.

4. Now, with respect to the Law on Regulation of Foreign Agents, Nicaragua had certain gaps in the regulation of the operation and financing of external agents with a presence within the national territory. Law 147 (General Law on Non-Profit Legal Entities, 1992) is a regulation approved by the neoliberal governments that grants special privileges to foreign agents working in Nicaragua, to the extent that many of these organizations do not account for the origin or use of their income, do not prepare reports on their activities and annual accounting periods, or the way in which their boards of directors are organized (which in many cases are phantoms). In Europe and other developed countries, if an organization does not comply with the above requirements, it is inconceivable and would immediately be subject to sanctions by the government governing body.

However, in developing countries it has become a trend or practice that many of these organizations act as political satellites of the empire, which instead of allocating the financial resources they perceive to noble causes of fighting poverty and promoting development, misrepresent their humanitarian work to the benefit of petty external political interests or national corporate groups.

For this reason, the current Law on the Regulation of Foreign Agents, which has been presented by the Sandinista party in the National Assembly, completes the gaps that the 1992 Law presents with respect to the supervision of financing and behavior exercised by external organizations – mainly NGOs – within the national territory.

RELATED CONTENT: Argentina Demands That Áñez Take Responsibility for Detention of an Electoral Observer and Deputy

Sanctions on aid, cooperation and international trade have not only proven to be contrary to the objectives of promoting development and achieving peace in nations, but are also ineffective when they are intended, through these mechanisms, to change the guidelines that guide the behavior of recipient countries, with the humble and working population being the most affected.

With the resolution and political sanctions adopted, the European Parliament – in a neocolonial attitude – is making it seem as if the States that comprise it have been the great supporters and promoters of the development achieved by Nicaragua in these last 13 years of government management, boasting of merits that do not correspond to them and that it seems that the country depends fiercely on their economic support and therefore their sanctions are legitimate; However, it is important to make the following point regarding the resolution adopted by the European Parliament, and that is that since 2007 many of its member states and special agencies, bilaterally, have reduced their social projects in the national territory, allocating most of their funds to the private sector and projects that are alien to the social cause of the Nicaraguan population.

Since 2007, the Government of Nicaragua has diversified the sources of external financing and achieved new strategic alliances of cooperation and brotherhood with alternative cooperators who have demonstrated their commitment to the social development of the country. One only needs to take a look at each of the social programs and projects promoted by the Sandinista Government to know who the countries truly committed to the strategies of the fight against poverty in Nicaragua are, and at the same time you will realize that it is not the European countries that have been at the forefront of the social progress of the Nicaraguan population.

The same IDB and other international financial organizations, as well as ECLAC, recognize that the Government of Nicaragua has been responsible in its commitments to pay foreign debt services, possessing a sustainable debt balance.

The United States and its allies have left aside the traditional mechanisms of conventional warfare to make use of their “soft power” (media manipulation, political and economic sanctions, and financial influence) to try to bring down governments that are contrary to their interests.

In short, they talk so much and apply so many legal precepts, conventions and international sanctions, that from looking so much at the affairs of Nicaragua, Cuba or Venezuela what they are trying to create is a smokescreen and divert attention from their own internal problems, and from other States that currently present social problems and crises (such as the cases of Costa Rica, Bolivia, Haiti, the United States itself, and even several states in recession in the European Union), thus creating at the international level a false reality of what is happening in Nicaragua, where a few vitiated organizations and small groups of an almost non-existent opposition claim to be “patriotic and civic”.

Edwin N. Montes heads the Department of Philosophy and coordinates the Political Science and International Relations Department at UNAN-Managua, Nicaragua.

Featured image: A protester during 2018 incidents. Pay attention to her sneakers and expensive watch. Courtesy of VOA.