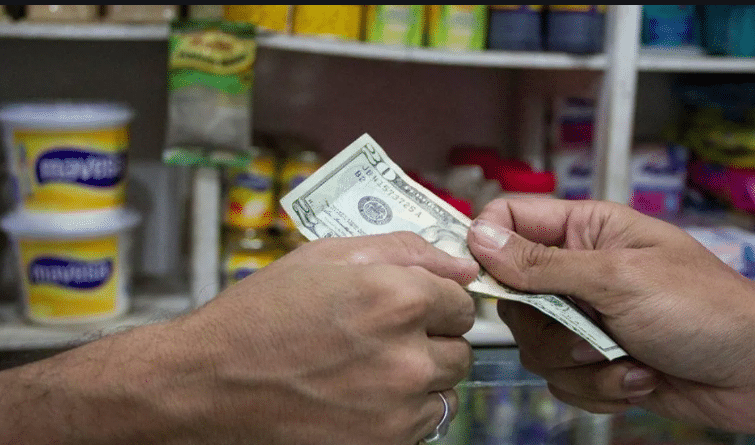 Citizens denounce the shortage of one, two, and five-dollar bills. Faced with the problem, merchants round up prices.

Christmas shopping this December in Venezuela has become a real “headache” for those who carry out transactions in US dollars.

The fact is that “singles” and small-denomination bills of the North American currency are becoming scarcer every day in the shops of Maracaibo and other Venezuelan cities.

The one, two, five and even the ten-dollar bills have practically disappeared from the streets, according to ordinary citizens and even merchants.

“It’s incredible, now you can’t get the one or five-dollar bills. If I have a ten dollar bill and I want to buy something in a store, nobody could give me change back. They wanted me to spend the entire bill on a single purchase,” said Marcos Dávila, when leaving a bakery.

Faced with the constant rise in the value of the dollar in the black market, and in the official one (BCV)—in addition to the continuous devaluation of the bolivar—most of the Zulia businesses already offer their merchandise in dollars. Some—in Maracaibo—even restrict operations with electronic payment terminals or bolivars.

“Total madness. Every day the Venezuelan who earns a salary in bolivars runs out of options to buy in bolivars or with a debit card. Added to this, if you cancel in dollars they don’t have the bills to give you your change,” denounced Vanesa González, a merchant.

Traders themselves don’t know what to do when they trade three, seven, or twelve-dollar sales. for example. “You can’t get the one or five-dollar bills, they practically disappeared. Nobody gets them, as they took them to Colombia , a salesman in a bakery quipped.

Other owners of establishments, given the lack of dollars in small denominations, have made the decision to round the prices up, which causes discomfort in the population.

This was denounced by Jesús Rodríguez, a 35-year-old engineer. “I wanted to buy a thirteen-dollar replacement part for my car. Two days later I went back to the establishment and the piece was fifteen dollars. The owner raised the price because he didn’t want to give change if someone paid fifteen dollars, or paid with a twenty-dollar bill,” he explained.

Other businesses have implemented the use of vouchers for their customers to use them on their next visit, and some push you to buy candies or any other filler in order to complete the transaction.

For the economist and Director of Ecoanalítica, Asdrúbal Oliveros, Venezuela “suffers from a very marked price distortion as a result of hyperinflation, the destruction of the business fabric, and the collapse of public services, among other issues. Thus it is impossible to aspire to stable prices. Not even in dollars.” This “expert” neglected to mention the US sanctions or blockade—perhaps worried that the gringos would revoke his visa to go to Disneyland.

“The problem is that the bolivar is no longer a store of value,” opined Oliveros. “Having bolivars reduces equity and purchasing power. So people either get rid of them quickly or prefer dollars,” he said a few days ago, not referring directly to the particular issue of lack of single bills in dollars.

The economist Roger Chacín assured that “as long as the Government does not allow banks freedom for transactions in dollars, the shortage of low-denomination bills will continue, and more so in this month, when businesses and purchases are most active.”

“If the Government increases the supply of BCV dollars in the market, this would make it possible to solve the lack of cash in dollars that citizens experience every day when they make transactions in the North American currency. But, I think that for the Executive, due to the drastic fall in oil production, there is no margin in which to inject more dollars,” he concluded, without adding that the drainage of small-denomination bills might also be part of a destabilization attempts, mimicking the one used by opposition operators between 2015 and 2018.