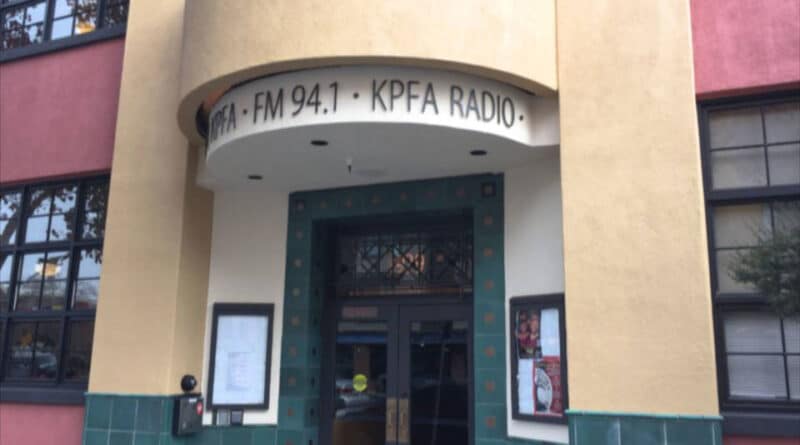 Task Force on the Americas Statement:

We were dismayed when a recent program on KPFA, the leading progressive radio station in the Bay Area, contained what appeared to be misinformation about Nicaragua. TFA requested that alternative voices be presented. Instead, the radio station host maligned us on air.

On November 6, Sabrina Jacobs, the host of KFPA’s A Rude Awakening, interviewed the director of the Oakland Institute, Anuradha Mittal. Ms. Mittal outlined points from their Nicaragua’s Failed Revolution report, whose purpose is “to bring to light to the international public and put pressure on countries like the United States which is getting beef which is grown in the autonomous regions [of Nicaragua].”

The Oakland Institute report, whether intentional or not, coincides with a campaign to stop beef imports from Nicaragua. If implemented, it would harm tens of thousands of Nicaraguan farmers and workers. This dovetails with the US government’s regime-change campaign against Nicaragua, Cuba and Venezuela. Using economic sanctions and other tactics, the US tries to make conditions in these countries so onerous that people will renounce their political leaders.

TFA has evidence (references below) that the exported beef does not come from the autonomous zones, as claimed by the Oakland Institute. Rather, the beef comes from the non-tropical cattle raising areas in the center and west of the country with each cow being individually tagged and certified by the national agency. The autonomous zones are areas of the Nicaraguan territory that have been set aside for the indigenous and Afro-descendant peoples.

While there are genuine injustices suffered by the indigenous in Nicaragua, which TFA continues to condemn, these are not official government policy. Nicaragua has set aside a commendable 31% of the national territory for the original peoples. Recent interviews with indigenous leaders in Nicaragua suggest the Oakland Institute report distorts the real situation. (See references below.)

We emailed Ms. Jacobs suggesting that the Oakland Institute’s claims were disputable and requested she interview others on this issue. She did not reply to the TFA email. But four days later, on her weekly program, she incorrectly claimed the TFA email contained no facts or proof. Instead, she invited Ms. Mittal of the Oakland Institute back for a “rebuttal,” while not airing what our claims were.

On the November 13 program, Ms. Mittal condemned the democratically elected government of Nicaragua for being capitalist. Ironically, her report was funded by billionaire Howard G. Buffet. The Oakland Institute received a nearly one quarter of a million-dollar grant from his foundation for their Nicaragua research. The Oakland Institute has been less than transparent about this huge grant. Buffet has been or is director of several corporations with investments in Central America (e.g., Conagra, Coca Cola, and Archer-Daniels-Midland).

Ms. Mittal criticized TFA as “keen to suppress people having access to information” and having “close connections to the Ortega government.” Both claims are incorrect. Ms. Jacobs said TFA was “skewing the facts” and that our letter was “political slander.” Finally, Ms. Mittal suggested that our skepticism about her report “is the kind of paranoia and craziness which unfortunately give a bad name to progressives.”

The issue is not whether to support the Sandinista government; that is for the Nicaraguan people. The issue is what stance should progressives take on the well documented US intervention in Nicaragua.

There is evidence the Oakland Institute report on this issue is inaccurate and misleading. English translations of the interviews below, plus more articles on this issue, are coming soon. It is unfortunate that KPFA’s Rude Awakening is broadcasting one viewpoint and refusing to present other perspectives, when KPFA’s stated mission is “to serve as a forum for various viewpoints.”

Task Force on the Americas Board of Directors

What’s the Beef with Nicaragua?

Branding Nicaraguan meat as “conflict beef” is the latest attack

Saneamiento Territorial in Nicaragua, and the Prospects for Resolving Indigenous-Mestizo Land Conflicts

The US Contracts Out its Regime Change Operation in Nicaragua

US Meddling in Nicaragua

The following interviews with indigenous leaders were conducted in November 2020.