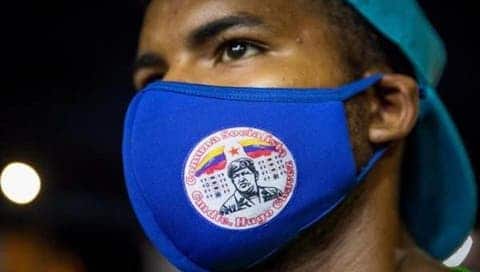 November 30, 2020.- The international campaign of discredit against the Venezuelan electoral process, encouraged by the U.S. and the European Union (EU), gains strength one week ahead of the legislative elections scheduled for December 6.

“Chavism won’t guarantee biosecurity measures,” “The voting machines will fail,” “Maduro seeks to settle his government after the parliamentary elections,” are some headlines shown by the Miami-Bogota-Madrid media in the last days.

“These media have intensified their strategy to incite the people not to vote. They are bursting with fake news, infamies, attacks, and distortions about our nation. They are angry at the freedom and sovereignty of the people of Bolivar,” Venezuela’s Foreign Minister Jorge Arreaza condemned.

The hostility towards the electoral process that Venezuela is experiencing has a long history. The most recent sabotage against the democratic process occurred in September when President Donald Trump sanctioned National Electoral Council (NEC) officials under the pretext that they “undermined Venezuela’s independence and democratic order.”

Shortly before, Organization of American States (OAS) Secretary Luis Almagro reiterated his support for Juan Guaido, self-proclaimed interim president of Venezuela, and he warned that the normalization of relations with Nicolas Maduro’s government “would devastate for the democracies of the hemisphere.”

🇻🇪Political organizations, external observers and experts from the @ve_cne perform machine audits one week ahead of Venezuela's parliamentary elections in which a new National Assembly will be voted in, to take office in January 2021. @LeonelTeleSUR pic.twitter.com/jAIlsv9IE6

Colombian President Ivan Duque also tried to look good in the eyes of Washington by calling the Venezuelan electoral process a “spectacle at the service of the dictatorship.”

“I ask the international community not to endorse the Venezuelan elections. It is a prefabricated orchestra. Colombia does not recognize that process, and it rejects the calling of elections by a dictator whom we do not recognize as president of Venezuela,” Duque commented, following the lead of Almagro.

EU also insisted on its position of not recognizing the legitimacy of the elections, despite repeated invitations from Caracas to send an observers’ commission to the December 6 elections.

The European block urged Venezuela to postpone the election date because “we need more time to form an electoral observation mission of 200 people. The invitation needs to be made at least five or six months in advance.”

President Nicolas Maduro’s government rejected “the EU conditions, which reflect its biased position. This is an unacceptable attitude that does not correspond to the spirit of our invitation.”

Venezuela denounced that the U.S. government is promoting a plan to intervene in the elections of its National Assembly.#DiplomaciaIntegraciónYPaz https://t.co/VbgRG1JpxL

Despite hostilities, nothing stops Venezuela’s democratic course. “We will have elections on December 6,” Maduro asserted while calling on the people not to get influenced by the “nefarious strategy” promoted by the far-right-wing.

Contrary to what U.S. supporters want to show, the Venezuelan opposition also defends the democratic path.

“We continue to promote popular participation and the vote. Together, we will push for change for the better. December 6 is the day of the civic and electoral demonstration. There is no room for abstention, as Guaido is asking. That will not be an option,” said Claudio Fermin, a candidate of “Solutions for Venezuela” opposition party.

United Socialist Party of Venezuela (PSUV) Vice President Diosdado Cabello agreed that “the Revolution’s revenge will be to go to the polls. We will win the elections fairly against those who wanted to remove our President while applauding the U.S. sanctions and blockade against the people.”

Next Sunday, Venezuelans will go to the polls to elect lawmakers to the National Assembly for the 2021-2026 period. Today, the electoral authority held an audit of the voting machines.https://t.co/OZgDEw7jb8

The National Electoral Council (CNE ) renewal and the call to the polls to renew the National Assembly were part of the agreements reached by the dialogue table, installed in September 2019 between the Bolivarian government and several opposition parties.

Over 20 million voters will go to the polls on December 6 to elect assembly members in a process in which 14,000 candidates and a hundred political organizations participate.

President Maduro recently praised the beginning and the transparency of the campaign, in which the  PSUV and allied forces aspire to recover the National Assembly, which is in contempt today.

“People of Venezuela, we want to tell you that everything is ready. You are the only one missing, with your vote, with your decision, so that on December 6, we elect the parliamentarians of the National Assembly,” NEC President Indira Alfonzo said to the press.

“The electoral train is underway. The combined forces of the U.S., the OAS, and the European Union can no longer stop it,” Alfonzo assured.