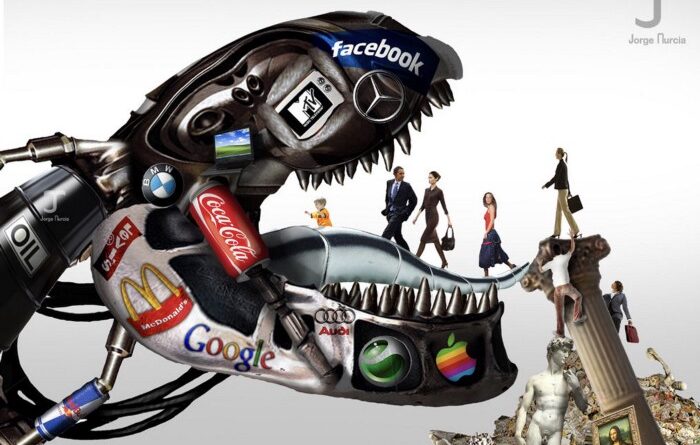 Our socioeconomic system keeps itself going by forcing us to suppress what makes us human. Before capitalism and class societies, our hunter-gatherer ancestors lived within tight-knit communities whose members had to cooperate and maintain good relationships in order to survive. But this isn’t how humanity is meant to work if the owning class wants to make a profit off of the labor of the workers.

Now more than ever, capitalism functions by making society fragmented. Lengthening working hours for ever-lower wages give people less time to pursue social interactions outside of work. Soaring unemployment makes people unable to provide for themselves and ashamed as a result. The defunding of arts, education, and other centers of culture give people less opportunities to pursue their interests or seek out a community. The commodification of ever more aspects of life, in contrast to the model of mutual aid, creates barriers to how people can interact. We have less places and times to be able to form bonds with each other, or to engage in creativity.

The result is a sense of purposelessness, a feeling that one has failed to amount to anything meaningful. In a culture that blames people for falling behind economically, it’s especially easy to get this deficiency of self-worth. Those in the lower classes often tend to believe that the poor are poor due to a lack of character, a phenomenon which comes from the general resentment and hostility that our social environment instills people with; when you’re economically struggling and are taught to view capitalism as the only legitimate system, your frustration gets turned on the people in your own class who you feel are freeloading, or on the people just below you.

This impulse to blame yourself or other lower class people for falling behind under capitalism comes both from the cult of individualism, and from a lack of access to the resources that can bring about class consciousness. The ruling institutions demonize socialism while only presenting people with political brands that advance the forces of reactionary capitalism. With this wall of social engineering separating people from the information that can give them a clear picture of their own situation, they can only find intellectual stimulation through the ideologies and media content that the system offers them.

When one’s passion isn’t being misdirected towards reactionary paranoia or liberal illusions of change, it’s funneled into commercialism, with corporations constantly trying to get people to tie their personal identities into brands and products. In the era of Covid-19, this is especially evident; pharma and tech plutocrats are expanding their empires while portraying themselves as allies of the regular people who are struggling during these times.

Amplified by social media and the rising culture of parasocial relationships, these efforts to profit off of our anxieties, loneliness, and desire for a purpose are deeply integrated into our everyday lives. The alienation that we feel as a result of living under late-stage capitalism is being exploited by a vast advertising machine, one that offers us countless ways to attain the illusion of having a purpose.

When what’s supposed to give us meaning and satisfaction has this shallow and artificial nature, it’s no wonder why so many people are unable to avoid giving in to despair. Suicides, which have been increasing in the U.S. since 2000, are climbing during the pandemic. Anxiety and depression, which have always been especially prevalent in neoliberal societies, are also on the rise. Those aged 18 to 29 are the most impacted by this general decline in mental health, with 36% of them reporting depression in a recent study and 42% of them reporting anxiety.

Increasing amounts of us want to live in a different world, one where our lives aren’t ruled by the demands of an increasingly unequal and unstable economic model. Yet the nature of the system creates a myriad of obstacles towards us taking action to bring about revolution. Breaking through the ubiquitous pro-bourgeois propaganda, finding an organization that’s trustworthy and genuinely represents revolutionary goals, and making the moves that best advance the cause of proletarian revolution are arduous goals in a society that’s designed to keep you politically demobilized and emotionally deficient. The enormity of your task as a revolutionary is compounded by the madness that you constantly have to navigate while existing in this system.

Despite this, the pathologies that late-stage capitalism imposes upon us can be used as a driving force for our mission of enacting change, as a type of insanity that can be channeled towards making us tenacious. Our pain can be weaponized.

Here’s how I’ve been able to do this. As someone whose goal is to overthrow the capitalist state and replace it with a proletarian democracy, my worldview is oriented around the Marxist-Leninist philosophy of dialectical materialism. This means that when I see an injustice, or experience a negative emotion as a result of the way that society is ordered, I apply dialectical materialism’s view that history’s problems result from a set of contradictions. Marxism-Leninism helps remind me that every obstacle the system throws at me has an explainable source, that the events around me have cause and effect.

If the events behind our pain have cause and effect, they can be overcome by applying this sense of deeper understanding to the forces which impact our daily lives. We don’t deserve the poverty and turmoil and exhaustion that characterize neoliberal capitalist society; these things come from the way the system is set up. And if they come from the system, we aren’t damned to them-with the right moves, we can put an end to them. The intellectual understanding of this reality is what makes someone who commits to the Marxist-Leninist cause.

An intellectual grasp is only part of it though. In order to keep ourselves intact throughout our quest of revolution, we’ll also need to gain an emotional hold over our situation. The philosophy that I think best fits this task is Stoicism. Stoicism has remarkable similarities to the rational, scientifically based worldview that Marxism-Leninism puts forth; it asks us to respond to suffering and injustice not by concluding that the world is an irredeemable place and that our lives are meaningless, but by rationally assessing the circumstances and finding the course of action that can best bring them towards justice.

This approach to handling suffering and injustice, which Stoics call “Stoic indifference,” is not about suppressing necessary negative emotions or being cold towards the misery of others. It’s about defeating neuroticism, which is the pathology that’s sure to send us into a mental hell when we’re in a hostile environment like late-stage capitalism. Neuroticism tempts us into thinking that we’re worthless, that the darkness of our world is insurmountable, that anxiety and depression are the only emotions we can possibly feel in response to our surroundings. The ideas put forth by Stoicism affirm that none of this is true.

My control over the political events around me is very limited at the moment, but I’ve realized I have much more control over how much neuroticism can define how I think. If I conquer the irrational impulses that seek to make me tear myself apart in reaction to the state of the world, I won’t lose my mind during my struggle for revolution. If my mind can’t be broken, neither will my focus on advancing the revolutionary cause. The fear and the distractions will be minimized to the fullest extent. I’ll never lose the belief that I have a purpose.