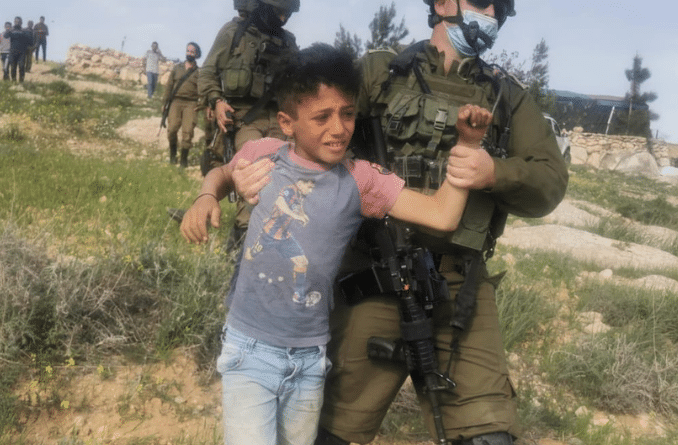 Marking Palestine Children’s Day, the Palestine Prisoners’ Club revealed that there are 140 Palestinian children in Israeli prisons, including two under administrative detention.

According to the Defence for Children International-Palestine, every year between 500 and 700 Palestinian children are prosecuted by Israel in military courts.

Until the end of March 2021, human rights groups have counted 230 Palestinian children detained by the Israeli occupation, mostly from Jerusalem.

“Harassment of young Palestinian children by Israeli settlers and their frequent arrest and detention by Israeli forces comprises a pattern of international law violations — and may also constitute repeated violations of US law to the extent US-sourced military equipment is used.”

Palestine Children’s Day is observed on April 5 every year.