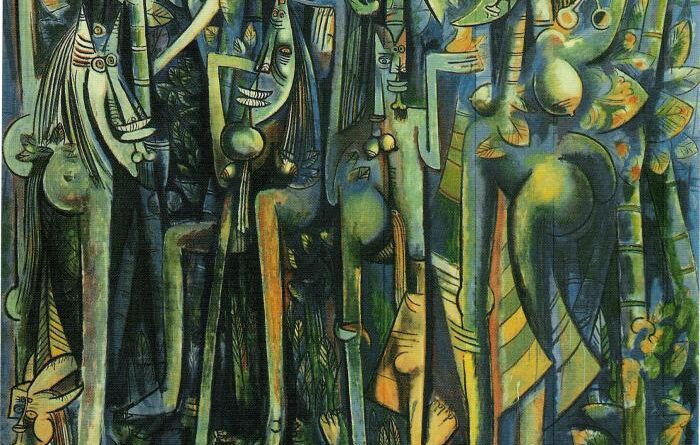 We owe a debt to Africa. I know that it is an unpayable debt, but we are obliged to remember all those who were victims of the greatest holocaust in history.

In the morning teeth
And the night in the skin.
Who will be, who will not?
The black.
-Nicolas Guillén

In 1963 I met Esteban Montejo, the protagonist of my book Biografía de un cimarrón [Biography of a Runaway Slave]. The work was published by the Academy of Sciences in 1966, three years after that meeting of mine with Esteban.

I still wonder how it was possible that no one in previous years had noticed the existence of this unique man who had lived in slavery, who had fled to the Cimarrón mountains, who then had fought in the necessary war and who had survived in the amended republic.

I had the privilege of meeting him through an interview that appeared in the newspaper El Mundo. My initial purpose was to interview him so that with his testimony I could contribute to the study on the slavery barracks that was then being carried out by the demographer and historian Juan Pérez de la Riva. But my surprise was very great; his life was a treasure that I could not pass up. So it was. I discovered a unique world, unexplored, magical if you will, which gave me an invaluable wealth of experience, rather an offering.

That world, with its nuances, is in the book, and it is only a partial reflection of the legacy that Africa contributed to our continent and, very particularly, to Cuba. Millions of slaves kidnapped off the African coast helped to forge a culture of which we pride ourselves today, but which was harshly hidden by centuries of misunderstanding and racism. They were given the cruel epithet of “pieces of ebony” which were nothing more than a slave labor force.

“Cuba without the Negro would not be Cuba,” wrote Fernando Ortiz, and with this he wanted to measure the capital importance of the wealth that Africans contributed to our culture.

“The contribution of the Black to Cubanness has not been limited. Apart from its immense workforce, which made possible the incorporation of Cuba into world civilization, and, in addition, its liberating pugnacity, which led to the advent of homeland independence, its cultural influence can be seen in its food, in the cuisine, in vocabulary, but above all in three manifestations of Cubanness: in art, in religion and in the tone of collective emotionality.” This, in synthesis, was expressed by Don Fernando in his lecture, “The Human Factors of Cubanness,” of 1939.

The same can be said about the immense legacy that, in four centuries of transatlantic trafficking, Africa brought to our continent and to the world.

Paradoxically, those men and women who arrived on the shores of America in chains, bequeathed us with their emancipation and rebellion examples of courage and desire for freedom.

Weren’t the maroons among the first rebels in America?

Numerous ethnic groups were introduced in the continent, each one with their religious beliefs and their culture; a mosaic that enriched the identity corpus of America.

Africa did not belong to the group of the most backward continents. Agricultural wealth, timber, and the exploitation of metals such as bronze and gold made Africa a privileged continent and a mine coveted by slave traders.

It is already known that the Portuguese started this mercantile business that contributed to incipient capitalism, but after them, and with the same voracious intentions the English, the Dutch, and the Spanish, among other Europeans, joined this ignominious system of exploitation that UNESCO qualified as a crime of humanity.

African cultures, bearers of rich diversity, decisively influenced the spirituality of most of the present-day countries of this hemisphere. African workforce not only built great fortresses, castles, churches and monuments, but created a world of cultural expressions born from the rich religious arsenal that was able to survive in hostile and unknown contexts. This was undoubtedly due to the universal values ​​contained in these religious forms and to the need of the African to reaffirm and defend his culture as the only response to the breakdown of his kinship system and the barbarism of impious racism.

The Slave Route Program, which should have been called the Enslaved Route, was convened by UNESCO in 1995. It was created in order to know and assess the significance and validity of Africa’s contribution to the world, as well as to thoroughly analyze the genesis of the slave trade. The contribution of the African legacy in contemporary life, its effect on the social psyche and the role it plays in shaping the human ethos was also a priority. It was an attempt to reveal, in a concave mirror, the effects of racial prejudice so that something as monstrous as trafficking would not be repeated. I was one of the founders of this UNESCO program and I attended its implementation in the marine town of Ouidah, in the former kingdom of Dahomey, today the Republic of Benin. There, from that coast, departed one of the first shipments of Africans to the American continent.

Then I visited the House of Slaves in Senegal and saw the dark pavilion through which the slaves were chained for the slave ships. It brought to mind Esteban Montejo, whose parents were slaves like him, but born in Africa. I write this and my blood runs cold. Above all, when I remember that confession that Esteban made to me one afternoon: “Because I was a maroon, I didn’t know my parents, I didn’t even see them, but that’s not sad because it’s the truth.”

We owe a debt to Africa. I know that it is an unpayable debt, but we are obliged to remember all those who were victims of the greatest holocaust in history.

Let us recognize the immense contribution of Africa to the world and, in particular, to America.

The culture that arrived on the slave ships, housed in the indelible memory of these men and women, is already part of our imagination. And it deserves to be recognized as a World Heritage Site.

Let us hope that this is achieved with the support of multinational initiatives and related institutions. Although not even then we will pay the debt we have with Africa. Let us never forget those men and women who were stripped of their cultures and separated from their loved ones. Each one of them is a beat in the hearts of the peoples.

Featured image: The culture that arrived on the slave ships, housed in the indelible memory of these men and women, is already part of our imagination. “The jungle” by Wilfredo Lam Photo: Ilustrativa